Now if we could only pay for the medicine 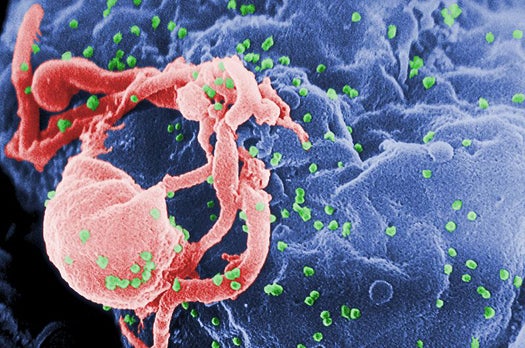 Big time news on the fight against AIDS out of Rome today, and it essentially boils down to this: antiretrovirals work (at least, an astoundingly high percentage of the time when they are used correctly). At the biggest forum on HIV and AIDS in the 30-year battle against the deadly epidemic (it still kills 5,000 people a day, FYI), two breakthrough findings show that antiretrovirals (ARVs) not only battle HIV in infected persons, but can stop the disease from spreading in two important ways: it helps prevent HIV-positive folk from transmitting the disease, and also helps prevent non-infected people from contracting it.

A handful of big-time findings were presented, but two stand out. The first major strategy under study, known as “Treatment as Prevention,” showed that when HIV-positive people were given an early start on HIV drugs, the chances of their transmitting the virus to their non-infected partners dropped by an astounding 96 percent.

The second major finding goes by the acronym PreP, for pre-exposure prophylaxis. PreP involves giving ARVs to non-infected partners of HIV-positive subjects as opposed to the infected partner. This also works with statistically significant frequency, cutting transmission by 73 percent.

PreP, however, raises ethical issues as well. When some nine million HIV-infected people the world over are in need of daily ARVs, it’s very tough to justify giving them to those who aren’t infected just to stem the spread. Which leads us to the crux of the matter: HIV/AIDS prevention needs cash to roll these ARVs out in the field, and right now free cash around the world is on the decline.

Western nations, the major source of this kind of funding, are cutting budgets. Organization like the WHO and the UN, normally the fundraisers for this kind of relief, are tightening the purse strings right at the point when it might be possible to turn back the tide on HIV, which added 2.6 million infected people to its rolls in 2009. Says the AFP: “Just to get 15 million badly-infected people on AIDS drugs by 2015, in line with the newly stated goal by UN members, will require between $22 billion and $24 billion annually.”

So as always it comes down to money. But there is hope: Just last week California-based Giliead Sciences inked a deal with the UN’s medical patent pool to allow Indian firms that specialize in generic pharmaceuticals to make cheap copies of four leading ARVs for sale in 100 poor countries. And some low doses of ARVs can be offered now in pill form for just 25 cents a day.