It’s a story of mice and men with huge implications: Mayo Clinic researchers and collaborators from the UK have apparently... 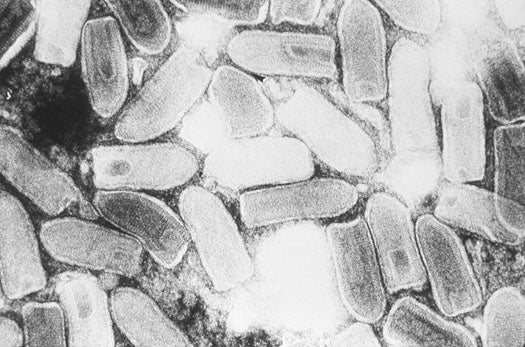 It’s a story of mice and men with huge implications: Mayo Clinic researchers and collaborators from the UK have apparently cured mice with well-established prostate tumors with no visible side effects via a new kind of tumor vaccine. And if it works for men like it worked for mice, it could make prostate cancer a preventable condition and open the door to additional cancer vaccines.

The findings are preliminary but promising. Geneticists basically assembled a complementary DNA library from healthy prostate tissue and inserted snippets of that genetic code into a swarm of viruses that were introduced to the mice intravenously. This cDNA causes the viruses to produce prostate antigens, basically sending the immune system a distress signal with the prostate’s unique signature on it.

One of the reasons the body often can’t beat cancerous growths on its own is because it can’t see the tumor cells very well, so the immune system doesn’t know where to fight its battles even as the cancer takes more ground. But those engineered viruses expressing those prostate antigens–antigens are like molecular tags indicative of a specific infection, allergen, pathogen, etc.–basically raise the visibility of the problem at the prostate.

This causes the mice’s own body to mount a serious T-cell assault on the prostate and anything foreign that might be hiding out there. So the body basically thinks it’s being invaded by viruses expressing these cancer related antigens, but it doesn’t really matter what the immune system thinks. When the dust settles, the immune system has pounded the prostate with defensive measures, eradicating the tumor cells there.

That’s big news for men, and could be big news for anyone affected by a variety of cancers, including lung, pancreatic, and even brain cancers. Immunologists have long sought (with limited success) to isolate and catalog all the various antigens in tumor cells, but by using viruses and cDNA treatments can be less precise and still raise the alarm within the immune system, triggering a cancer-killing response.