Concussions have been getting a lot of air time lately, not only as evidence has emerged among head trauma-heavy populations... 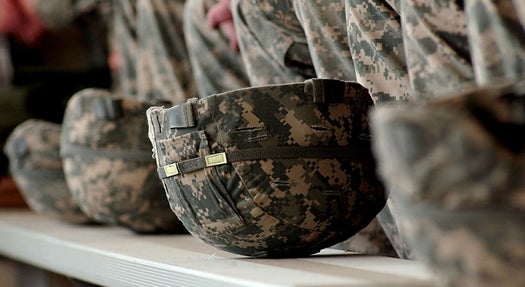 Concussions have been getting a lot of air time lately, not only as evidence has emerged among head trauma-heavy populations like NFL players that their lifestyles may be doing serious long-term damage to their brains, but also because soldiers overseas are particularly vulnerable to them thanks to the tactics of insurgent warfare. But researchers at Georgia Tech have designed a device not unlike a traffic cop’s “radar gun” that could soon diagnose head traumas quickly and accurately by analyzing a person’s gait, whether on the playing field or the battlefield.

Having one’s brain repeatedly bruised is certainly not good, but even a single concussion left undetected puts a person at risk for long term brain damage, particularly if the concussion goes undiagnosed and the person takes another hit to the head. But concussions can be difficult to diagnose on the fly.

To speed up diagnosis in time-critical situations, a team at Georgia Tech devised a microwave device that throws signals at a person’t body that then bounce back and paint a picture of the person’s gait as he or she walks or runs. From that picture, the device can review the movements of the arms, legs, and torso separately and look for the tiny telltale signs of a brain injury that appear in a concussed person’s gait.

Right now the system is a bit big and cumbersome, and the team is still running tests to increase the accuracy of its readings. But with more data and a physical scaling down of the device itself, coaches, trainers, military medics, and others who hang around in high-impact areas could soon have a handheld tool that quickly and decisively diagnoses head trauma when and where it occurs.