Los Alamos National Labs is often associated with bombs, and the one it dropped today is no less likely to... 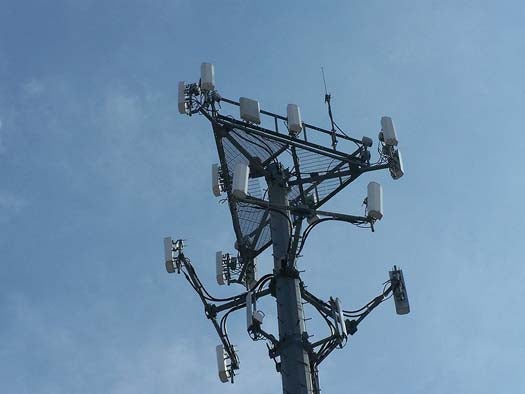 Los Alamos National Labs is often associated with bombs, and the one it dropped today is no less likely to stir up a firestorm. Figuratively speaking, of course. That simmering controversy surrounding cell phone signals’ effect on biological tissue surfaced again today via a Los Alamos researcher who says the microwaves emitted by cell phones can interact with human tissues in an entirely new way that has yet to be taken into account.

Bill Bruno, theoretical biologist at Los Alamos, says otherwise. If you want to get into the nitty-gritty science of it, there’s a link to his paper at the bottom of this post. But the basic argument is this: the traditional idea that microwaves aren’t strong enough to affect human tissues only applies when the number of photons in a space equivalent to a cubic wavelength is less than one. When the density is higher, photons can interfere constructively–that is, the effects can compound and interact in stronger ways than they normally could.

Bruno cites optical tweezers as an example. We know that optical tweezers, which use photons to manipulate very small objects like cells, can do damage to structures. That’s well documented. And that’s because the photons are piled on–the more photons, the stronger the force (and the more potential damage).

Optical tweezers work in the infrared generally, but it raises questions about whether the same is true of photons in the microwave range because one thing is clear: the density of photons per cubic wavelength in cell signals is many orders of magnitude greater than one. So, Bruno says, there is a mechanism by which damage could occur, and the conditions for that mechanism to work are present around cell phones and cell towers.

Now, this doesn’t mean that microwave photons are necessarily scrambling your neurons, but it does add another wrinkle to the debate and is cause for concern and further evaluation. At the very least, Bruno says the argument that microwaves can’t achieve the strength to break chemical bonds is no longer enough to discount the idea that cell phones are harmful to biological tissue.

Consider this controversy far from resolved. The full paper is available here.