Starting This Week, You Can Help Build a Better Map of Light Pollution

During the next two weeks, you can help build a map of global light pollution, assisting scientists and astronomers as... 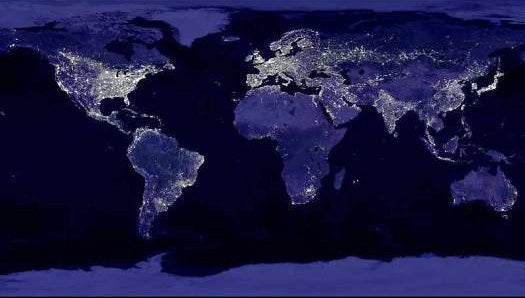 During the next two weeks, you can help build a map of global light pollution, assisting scientists and astronomers as they monitor the loss of virgin night skies. You just have to look at the stars and write down what you see — or, more likely, what you don’t see.

The GLOBE At Night program is encouraging the public to look at certain constellations and compare observations with brightness maps on its site. You can enter your data in a new web app, accessible via tablets and mobile phones. The program, in its sixth year, hopes crowd-sourced night-sky observations will yield the most accurate Earth-at-night maps.

Satellite views like the one above can tell the story only so well; ground-based observations are a better gauge of how light from buildings and other infrastructure illuminates most people’s night skies.

By the turn of the millennium, two-thirds of the world no longer saw a virgin night sky, and in some places this may never be reversed. More than half the world’s population lives in cities, the most light-polluted of which prevent even the Big Dipper from being seen. Along with robbing us of our natural heritage, light pollution can be detrimental to human health, and it can also harm birds, sea turtles and bats, among many other creatures who are confused by artificial lighting.

The GLOBE At Night project runs through April 6.