Yes, but not at all precisely. In 1881, the British economist Francis Edgeworth envisioned a “hedonimeter” that would measure economic... 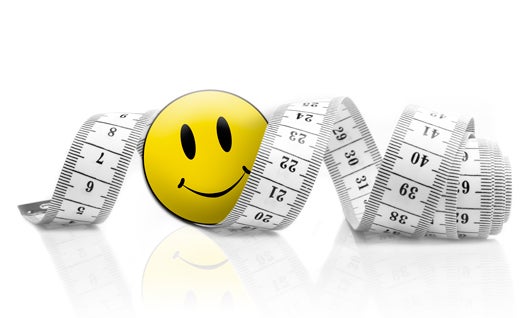 Yes, but not at all precisely. In 1881, the British economist Francis Edgeworth envisioned a “hedonimeter” that would measure economic utility by “continually registering the height of pleasure experienced by an individual.”

Edgeworth was only engaging in conjecture, but in 2001, Brian Knutson, a Stanford University professor, arranged an experiment that would use functional magnetic resonance imaging (fMRI) to do just that. Knutson and his colleagues at the National Institutes of Health asked participants attached to a brain scanner to watch a screen as colored shapes appeared. He told them that if they pressed a button when certain shapes flashed onscreen, they would earn a cash reward. Other shapes offered no opportunity for “earning” money. All the participants later rated, on a four-point scale, how they felt when viewing different shapes and colors. They said that seeing the shapes associated with the reward made them happy—and their neural firing patterns agreed, with the fMRI displaying increased bloodflow to a brain region associated with reward.

In another experiment, subjects were told that they were drinking an expensive wine, and positive neural activity heightened. Then, drinking the same wine, subjects were told that it was an inexpensive brand. Their palates, and neurons, were fooled, and participants enjoyed the same wine less than before. So in some cases the fMRI could be seen as a reliable hedonimeter—though one with a very limited set of parameters.