Faced with a diminished drug-development pipeline in the private sector, the Obama administration is starting a federal drug development center,... 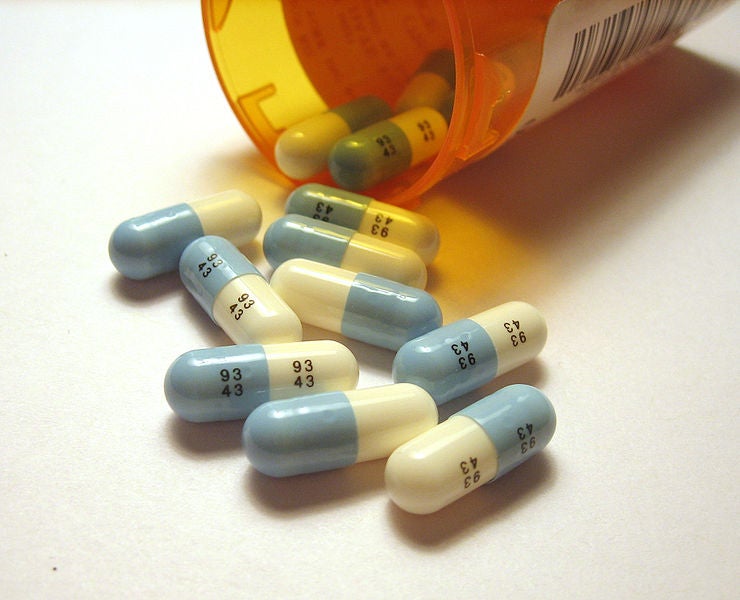 Prozac (Fluoxetine) pills, one of the most popular prescription drugs on the market. Wikimedia Commons
SHARE

Faced with a diminished drug-development pipeline in the private sector, the Obama administration is starting a federal drug development center, aiming to spur the creation of new medicines.

The new National Center for Advancing Translational Sciences will get $1 billion in funding to conduct drug research with the goal of attracting private investors.

Federal scientists may go so far as to start human trials if necessary, the New York Times reports. Federal officials want the center to open as soon as October.

The National Institutes of Health usually focuses on basic research — like describing the structure of proteins, the Times points out. It’s up to pharmaceutical companies to translate those structures into drugs. But under the new translational sciences center, the institutes might take discovery a step further, such as testing a new chemical in animals or even in human trials — steps that have traditionally been taken by industry, the Times explains.

The Food and Drug Administration has approved fewer and fewer new compounds every year since 1995, the Times reports. Meanwhile, big pharma has been scaling back research spending, and drug giants like Merck and Pfizer have laid off thousands of scientists in the past year alone.

One of the biggest hurdles is cost — it’s really, really expensive to produce a new drug, with an average price tag (from discovery to commercialization) of $1.3 billion, according to a Jan. 5 report from Tufts University’s Center for the Study of Drug Development. It’s also difficult to predict whether a new compound will become popular enough to earn that money back, like, say, Viagra or Lipitor.

Given that uncertainty, and the regulatory hurdles inherent in developing a new drug, pharmaceutical companies have been reluctant to move forward with new compounds. Amazingly, this means promising drugs for the treatment of depression and illnesses like Parkinson’s disease are going untested, the Times says.

The pharmaceutical industry spent $45.8 billion on research last year, which easily dwarfs a $1 billion investment from Uncle Sam. What’s more, funding is still unclear, because Republicans in the House of Representatives have pledged to cut spending for discretionary programs like this. But an influx of funding could help spark new research in otherwise unprofitable areas, like drugs for mental illness, doctors say.