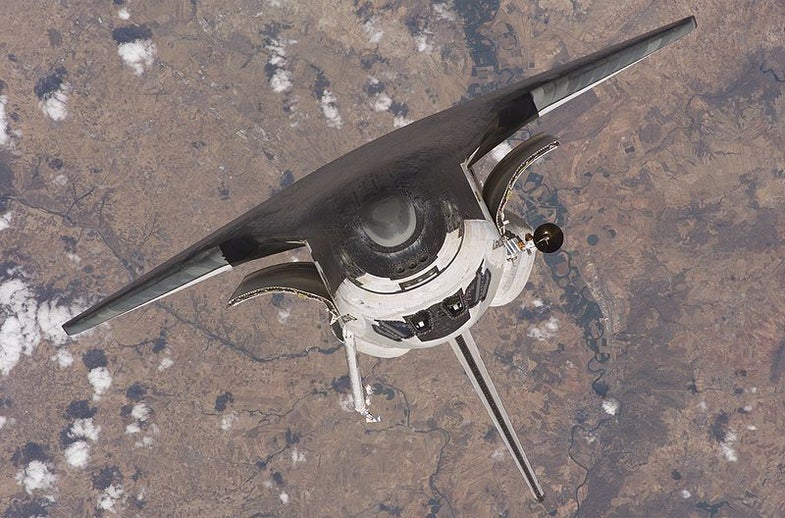 In exchange for buying American-made jets, Turkey tried to barter for a space shuttle ride for one of its astronauts, according to a U.S. State Department message released by WikiLeaks and reported by Space.com.

In January 2010, former U.S. ambassador James Jeffrey (now ambassador to Iraq) was urging the partially-state-owned Turkish Airlines to buy some jets from Boeing, rather than its European counterpart Airbus. Turkey, a European Union hopeful, was apparently willing — but wanted the U.S. to sweeten the deal.

Turkish Minister of Transportation Binali Yildirim told Jeffrey price was the main consideration, but Turkey could be swayed with the right perks: “Yildirim hinted obliquely that Turkey’s desire to send an astronaut into space — expressed in a letter from President (Abdullah) Gül to President Obama — is also tied into its consideration of commercial deals, and that NASA assistance to help stand up Turkey’s nascent space program would be viewed positively,” Jeffrey wrote.

The cable was published by the New York Times.

He said while scheduling a Turkish astronaut on an upcoming mission would be “extremely difficult,” he would investigate whether NASA could provide technical help for the Turkish space program, Space.com reports. “We probably cannot put a Turkish astronaut in orbit, but there are programs we could undertake to strengthen Turkey’s capacity in this area that would meet our own goals for improved aviation safety in the region,” he wrote.

Other nations also wanted quid pro quo for buying Boeing — Saudi Arabia’s king wanted his personal jet pimped out like Air Force One, and the Bangladeshi prime minister wanted the State Department to re-establish landing rights at JFK Airport in New York, Space.com points out. But trying to extort a shuttle ride has got to be the best one so far.