And to think we once thought spray-on bandages were revolutionary. Doctors at the University of Utah’s Burn Care Center are... 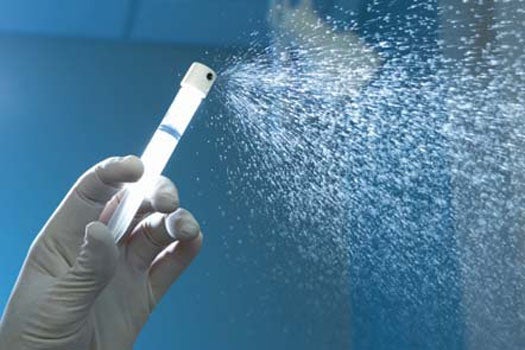 And to think we once thought spray-on bandages were revolutionary. Doctors at the University of Utah’s Burn Care Center are reporting success in their pilot project testing stem cell solutions sprayed directly onto burns.

Combining a red-cell-free concentration of the patient’s own platelets and progenitor cells with calcium and thrombin, researchers created a solution that is sprayed on to burns topically. In tests, the spray has proven effective in the treatment of small burns and seems to improve the likelihood that a skin graft will take, which could carry positive implications for the application of this technology to other types of transplants.

The University’s research in spray-on stem cells comes on the coattails of a similar U.S. clinical trial of Australian-based ReCell that began last December.

ReCell, a comparable treatment method, has been in widespread use in Australia, Europe and China and garnered attention for its quick treatment of victims of a 2002 bombing in Bali. Much like the Utah study, the ReCell process dissolves basal cells and keratinocytes from a biopsy sample, producing a sprayable enzyme suspension.

Both methods show promise for the use of regenerative technologies in burn treatment. The U.S. Armed Forces Institute for Regenerative Medicine awarded the ReCell clinical trials a $1.45 million grant in 2009 to expedite the process, suggesting that there’s enough interest for successful test results to trigger quick approval and eventual widespread use.