What do this week's election results mean for the future of science? 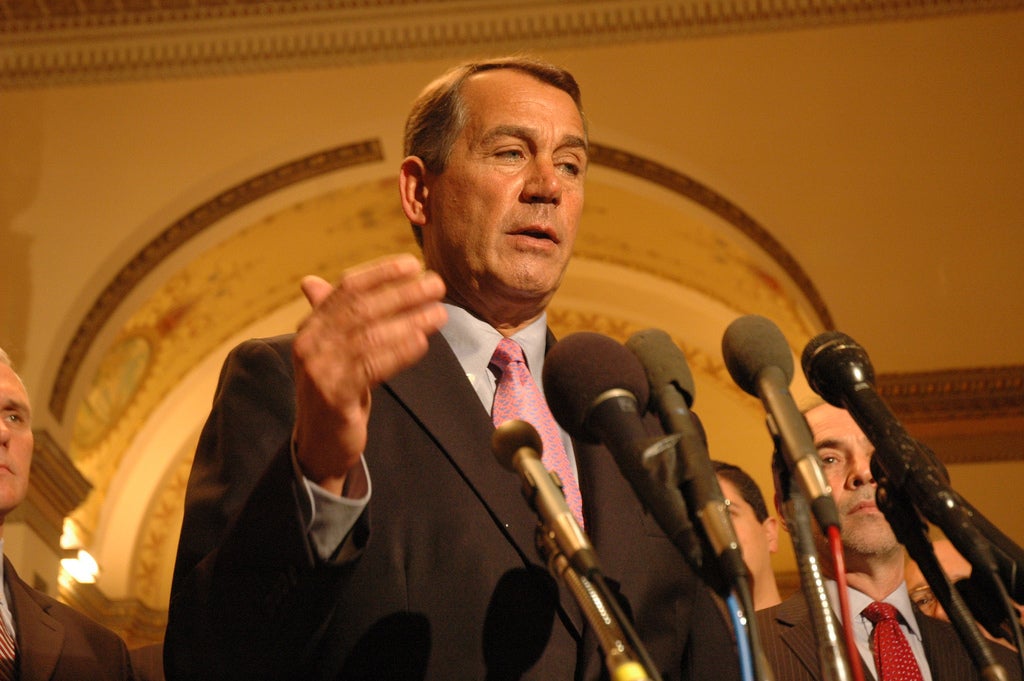 With a shifting balance of power in Washington, some changes may be in store for science. Though the dust has barely settled, some political analysts are already predicting Republican-led global warming hearings, rollbacks in climate change and energy legislation and even changes to controversial science like stem cell research.

Before adjourning for the election, Congress was able to reach a compromise that settled NASA’s budget, but many other scientific priorities were left on the table. An energy policy is chief among them — while the House passed a bill to cap carbon dioxide emissions and allow polluters to trade carbon credits, it died in the Senate. With even Democratic candidates literally trying to destroy cap-and-trade, it seems unlikely either chamber will take this up again anytime soon.

As the Atlantic’s Marc Ambinder points out, a compromise on national renewable energy standards is possible, but Rep. Joe Barton, the likely GOP chairman of the energy committee, could make this more difficult. Barton, if you remember, is the guy who apologized to BP for being the victim of a “shakedown” after the Obama administration set up a Gulf compensation fund. He also introduced a bill in September to repeal a requirement that phases out incandescent light bulbs in favor of more efficient compact fluorescents.

Ambinder also notes, without much detail, that the GOP plans to hold high-profile hearings examining the alleged “scientific fraud” behind global warming. That will not be a first, but also will likely not be pretty.

The Republicans enjoyed a wave of support from Tea Party supporters, and only one-quarter of Tea Party adherents believe climate change is a problem (that’s less than half the proportion of independents who feel that way, in case you were wondering). With the Tea Party ascendant, it seems reasonable to expect even more vociferous opposition to the scientific consensus.

Health researchers are also worried. Science Insider notes researchers at the National Institutes of Health are hoping the lame-duck session of Congress will pass a bill that would codify NIH’s guidelines for human embryonic stem cell research, which would negate a lawsuit that challenges their legality and has thrown stem cell research into limbo.

Next February, hundreds of scientists will convene in Washington for the annual meeting of the American Association for the Advancement of Science. It will be interesting to see how they react to the changed political climate — and how Washington receives them.