Bat Researchers: Please Pay Attention to Us After Halloween

Next year is the "Year of the Bat" 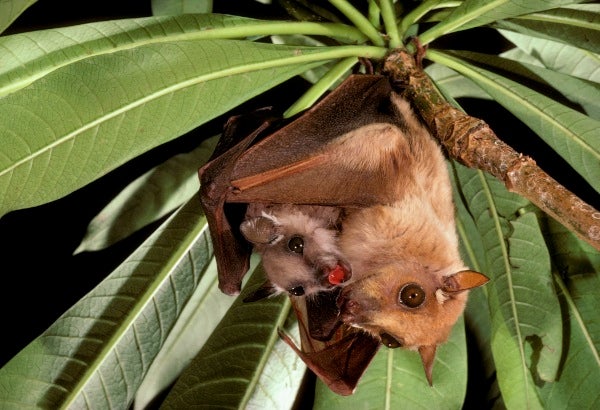 This is probably the only weekend of the year when people think about bats. Their mysterious, dark nature makes them essential Halloween decorations, and this perennial association with creepiness ensures most people think of them as scary and unwanted.

Hoping to shift that perception, bat conservation groups and the United Nations Environment Programme designated 2011-2012 as the “Year of the Bat,” and kicked it off this week.

Andreas Streit, executive secretary at the UNEP and Eurobats, said the initiative will raise awareness for bat conservation. Biologists and educators can order stickers, postcards and other material with pictures of cute, fuzzy bats.

“In many parts of the world, the term ‘bat conservation’ is totally unknown. In many countries, bats have a very bad reputation, out of superstition and prejudices,” Streit said. “One of the goals of this project is to spread the news on a global level that bats are a very important species, a very fascinating species and very important for any terrestrial ecosystem.”

In Italy, a partnership with the Walt Disney Co. is already helping shift that perception. The Natural History Museum of Florence has been selling bat boxes since 2006 and trying to get the public excited about bats. In 2010, Disney Italy joined the project and created a new cartoon character, Kiro the bat, who is pals with Donald Duck. It’s a chubby blue bat that chases mosquitoes in a series of comic books for kids. Interest grew substantially, and more families erected bat boxes; about 25,000 have been erected in the past four years. 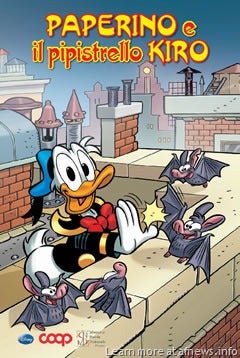 Researchers say international cooperation will be especially important for studying white-nose syndrome, which most biologists believe came to the US from Europe in 2006. The fungus that causes the syndrome, Geomyces destructans, has been found in caves in France, Germany, Hungary and Switzerland, but those countries have not seen the mass mortality experienced in North America. The US Fish & Wildlife Service is funding a project to conduct genomic level phylogeographic analysis of the fungus, hoping to help biologists understand why North American bats are more susceptible.

With or without white-nose, Streit said bats around the world need help.

“Here in North America you are suffering this terrible crisis with white-nose syndrome, but many other bat species in the world are pretty critically endangered, and need attention,” he said.