Cellulose isn’t new – it’s been around as long as woody plants have – and aerogels aren’t either. But when... 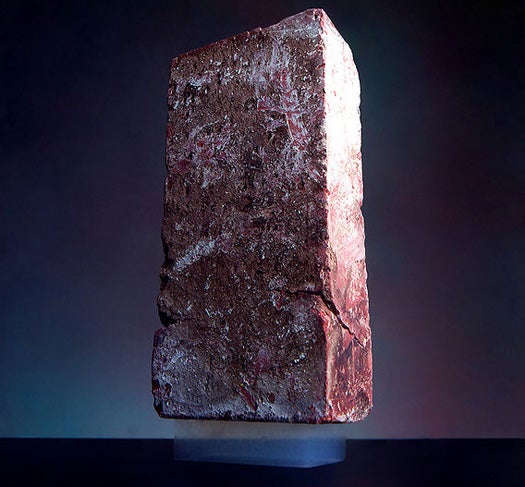 Cellulose isn’t new – it’s been around as long as woody plants have – and aerogels aren’t either. But when researchers recently combined the two, they created something wholly new: a flexible, lightweight, super-absorbent sponge that can also be crushed down into a flat piece of magnetic “nanopaper” capable of supporting 400,000 pounds per square inch.

Aerogels are highly porous yet very rigid solids with extremely low densities – they are commonly used as thermal insulators – typically made by replacing the liquid component in a gel with air. Describing their cellulose aerogel in the latest issue of Nature Nanotechnology, the researchers said they found the best method was to freeze-dry the cellulose, sucking out the moisture and leaving behind a structure of solid fibers. That leftover structure is very light and porous – it’s mostly air at this point – but can still sustain a good deal of weight.

But what happens if you first soak the cellulose in a solution of metallic nanoparticles? By marinating the cellulose in iron sulfate and cobalt chloride, the researchers were able to infuse their aerogel with some of the properties of those metals as nanoparticles were absorbed into the fibers, imparting magnetism among other characteristics.

As an aerogel, the material is flexible and foldable (aerogels are usually quite rigid) while still be extremely absorbent; a 60-milligram piece of the material can hold about a gram of water, a pretty decent absorbency ratio. Further, the material can be hammered flat, removing most of the air and resulting in a piece of magnetic “paper” capable of holding huge amounts of weight.

The researchers see a bright future for the stuff in microfluidic devices like fuel cells or used to make small actuators. But given the low cost of materials – it’s basically freeze-dried plant matter – a super-strong, flexible, absorbent, magnetic sponge could likely find a variety of roles to play in materials science.