Gulf Oil Disaster Update: Up to 80% of the Crude May Still Be Lurking in the Water

Remember earlier this month when the government said it thought only a quarter of the oil from the BP Deepwater... 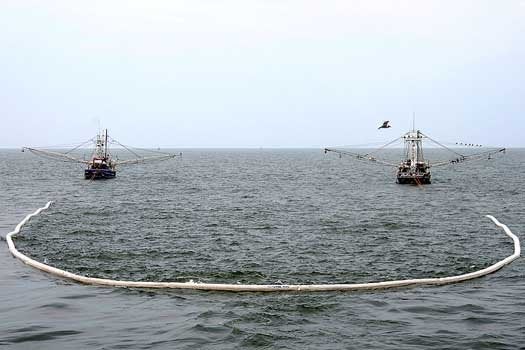 At long last, the worst seems to be over even as the cleanup continues.
SHARE

Remember earlier this month when the government said it thought only a quarter of the oil from the BP Deepwater Horizon disaster was still in the water? Think again. Two new studies conclude things are still quite dire in the Gulf, estimating not only that 79 percent of the 4.1 million barrels of oil spilled are still lurking below the surface, but that oil has also settled to the seafloor in critical fish spawning grounds at above toxic levels.

A University of Georgia analysis of the estimates made by the government earlier this month came to very different conclusions. Those estimates were largely misinterpreted, the researchers said, and the idea that three-quarters of the oil from the spill has already disappeared is absurd.

That conclusion was bolstered by a 10-day mission into the Gulf by a team of University of South Florida researchers. The USF team found that not only has oil settled to the seafloor further east than originally thought, but it has done so at levels toxic to marine life. Sediment samples from DeSoto Canyon, a nutrient rich spawning ground for several important fish species off the western coast of Florida, showed oil present at deadly levels.

While we knew we weren’t out of the woods in the Gulf, this news certainly casts a dark cloud over the August 4 announcements that at the time were the best news coming out of the disaster to date. The Obama administration and BP have both pledged that the cleanup will continue until all the oil is gone. With oil settling into the sediment deep on the seafloor, it’s difficult to see at this point exactly how they are going to pull that off.