From the people that brought you private spaceflight and super-fuel-efficient automobiles comes the $1.4 million Wendy Schmidt Oil Cleanup X... 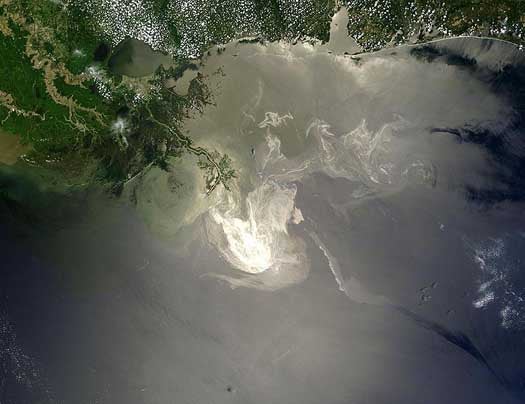 From the people that brought you private spaceflight and super-fuel-efficient automobiles comes the $1.4 million Wendy Schmidt Oil Cleanup X Challenge. X-Prize officials announced today a $1 million purse for the team that can demonstrate the most efficient method of capturing crude oil from the ocean surface.

Inspired, of course, by the ongoing Deepwater Horizon oil spill in the Gulf of Mexico — which as of this writing appears to still be contained — the new X Challenge aims to provide impetus for both venture capital and innovative talent gravitate toward next-gen oil cleanup technology.

“The devastating impact of the Deepwater Horizon oil spill will last for years and it is inevitable that future spills will occur — both from wells and from transport tankers,” stated X-Prize Chairman Dr. Peter Diamandis at this morning’s official announcement of the prize in Washington, D.C.

The challenge will be a two-stage affair. Phase one calls for those vying for the prize to put their technical approaches to the problem before a panel of judges that will evaluate them for feasibility, cost, scalability, environmental impact, and the degree to which the technology improves over current methods like skimming and booms.

Phase two, of course, is the demonstration of the technology in action. Competitors won’t actually take their ideas to the Gulf for testing — all evaluations will take place at the National Oil Spill Response Research & Renewable Energy Test Facility (OHSMETT) in New Jersey. But with any luck some of that technology will make it to the field eventually. The team with the single best technology will receive a $1 million prize purse, with second and third place taking home $300,000 and $100,000 respectively.

The prize’s namesake and benefactor, Wendy Schmidt, is the wife of Google CEO Eric Schmidt and the philanthropic force behind a handful of charitable foundations, including the Schmidt Marine Science Research Institute, which she co-founded with her husband.