Researchers at Texas Southwestern Medical Center have discovered a compound that could potentially render Alzheimer’s a thing of the past.... 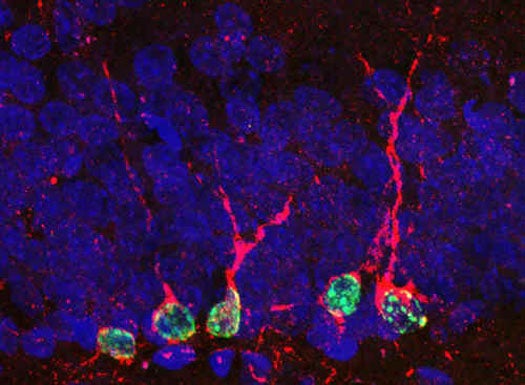 Researchers at Texas Southwestern Medical Center have discovered a compound that could potentially render Alzheimer’s a thing of the past. After testing 1,000 different molecules on the memory hubs of rats suffering from memory loss, scientists there have come up with a compound that protects memory-forming cells in the hippocampus, which could lead to promising treatments for Alzheimer’s and other memory affecting disorders.

Memories are made possible by a process called neurogenesis, which spawns and maintains neurons in the brain’s hippocampus region (specifically in the dentate gyrus). These particular neurons are delicate, and even in young healthy brains a 10 percent survival rate is pretty good. Introduce Alzheimer’s into the equation, and that survival rate plummets to nearly zero, causing an inability to produce and maintain memories.

But one of the compounds the TSMC researchers found, dubbed P7C3, was found to protect those valuable cells from the ravages of Alzheimer’s, strengthening their defenses and keeping them around long enough to become players in the memory production process. The team first tested the compound on rats engineered to have memory problems, then on aging rats whose memory problems had developed naturally. In both cases, P7C3 somehow steeled those memory-forming neurons against memory loss.

P7C3 is also quite easy to administer; it can be taken orally and has no problem crossing the blood-brain barrier that trips up some drugs. That’s all great news, but it gets even better. A derivative compound of P7C3 — called A20 — seems to be even better at protecting neurons in the hippocampus than its parent compound. More study is obviously needed, but P7C3 and its derivatives might just be the jumping off point for researchers seeking to finally make Alzheimer’s little more than a memory.