Scientists who research natural hazards walk a precarious line when it comes to predicting disasters. They’re often criticized for over-hyping... 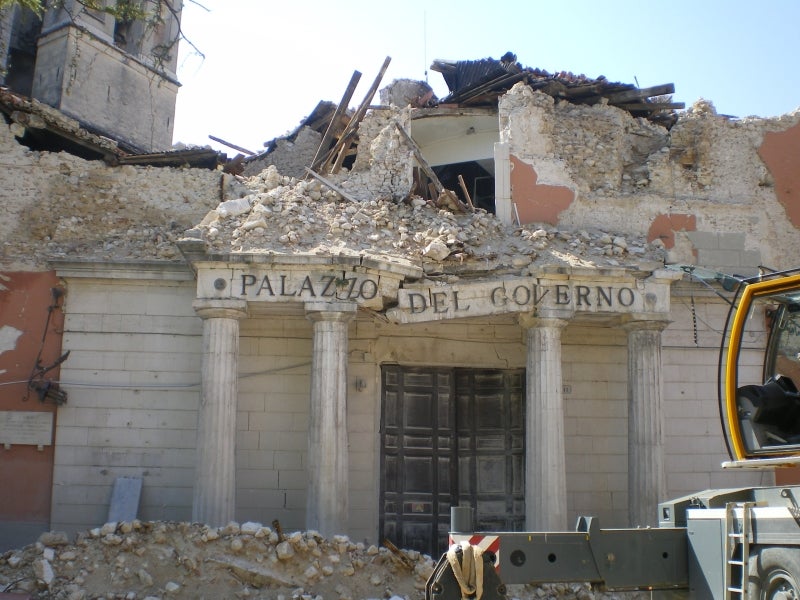 Scientists who research natural hazards walk a precarious line when it comes to predicting disasters. They’re often criticized for over-hyping the situation and disrupting residents’ lives. But if they fail to predict a catastrophic event, they’re accused of failing to give the public adequate warning. It’s a classic case of “damned if you do, damned if you don’t.”

“Damned if you don’t” is the situation that seven of Italy’s top seismologists now find themselves in — the scientists face manslaughter charges for failing to predict the April 2009 earthquake that struck the town of L’Aquila in central Italy.

In late March 2009, tremors were recorded in the surrounding region, resulting in a magnitude-4.0 earthquake on March 30. The following day, the seven seismologists were in L’Aquila attending a meeting of the Major Risks Committee, a group that advises Italy’s Civil Protection Agency on natural hazards risks. At a press conference following the quake, committee member Bernardo di Bernardinis told reporters, “the scientific community tells us there is no danger, because there is an ongoing discharge of energy. The situation looks favorable.” But on April 6, a magnitude-6.3 quake struck, killing more than 300 people and leaving about 65,000 homeless.

Local citizens claimed they had been planning to leave their homes after the smaller quake, but had changed their minds after the committee’s comments. In August 2009, the citizens filed a formal request for investigation, and earlier this month the chief prosecutor stated that his office had enough information to indict the individuals named in the case.

Nearly 4,000 researchers around the world have come to the seismologists’ defense, signing a letter to Italy’s president, Giorgio Napolitano, urging him to compel decision makers to focus on hazards mitigation and earthquake preparedness rather than holding scientists responsible for doing something that is not yet possible. Despite extensive research efforts by seismologists in recent decades, earthquakes cannot yet be accurately predicted to occur on a specific day, or even in a specific month.