The super-accurate Earth-mapping satellite TanDEM-X has beamed back its first images, and they’re detailed enough to show waves breaking in... 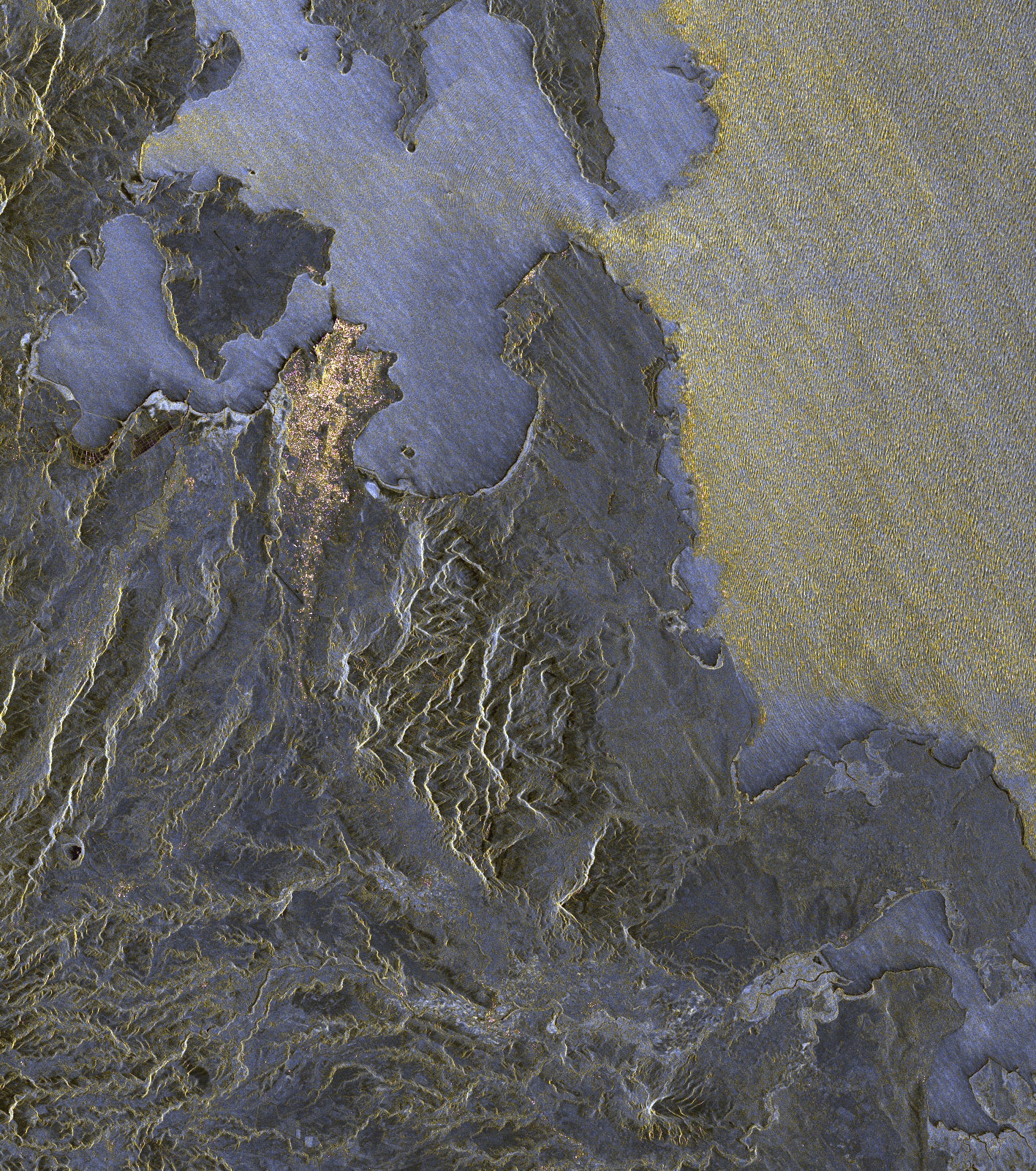 Charting the ups and downs of waves in the Indian Ocean, represented by the pale yellow area, is one example of the TanDEM-X satellite's capabilities. This picture shows northern Madagascar. The water in Diego Suarez Bay (the blue area) is calmer, so it reflects the TanDEM-X's radar signals more uniformly. DLR
SHARE

The super-accurate Earth-mapping satellite TanDEM-X has beamed back its first images, and they’re detailed enough to show waves breaking in the Indian Ocean.

The German satellite is in excellent health and ready to team up with the TerraSAR-X satellite to create the most precise world maps ever made, BBC reports.

TanDEM-X’s first images show the runways at Moscow’s airport; a cubist-looking grid of forests and fields in Ukraine; and the difference between choppy and calm waters off Madagascar.

The spacecraft is flying over Earth at roughly 4 miles per second, and will join its partner satellite in a tight dance by this October.

The duo will bounce microwave pulses off Earth’s surface and time the return signals, allowing them to map the entire land surface of the planet in extreme detail. TerraSAR-X has already mapped the surface within an accuracy of about 30 feet. The tandem satellites should be able to map the variation in height of the Earth’s surface to within about six and a half feet.

This digital elevation information could enable military jets to fly ultra-low, or it could help relief workers spot damage wrought by natural disasters.

The satellites will orbit in a complicated dance that brings them within 700 feet of each other. They’ll start making 3-D maps sometime in January, and it will take about three years to create a seamless map of the globe. 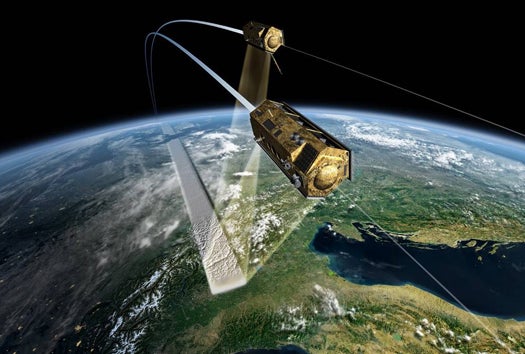 The TanDEM-X and TerraSAR-X satellite will fly in formation, occasionally orbiting within just 700 feet of each other, to create the most precise 3D world maps ever made. 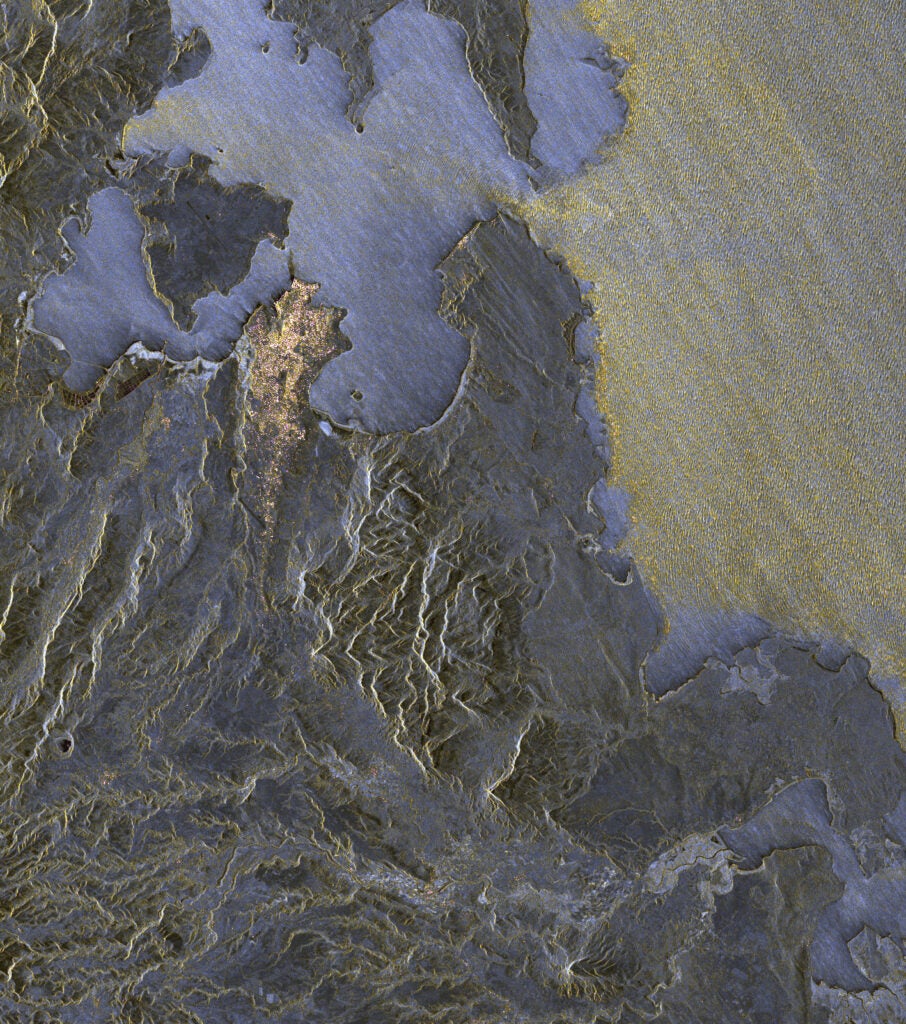 Charting the ups and downs of waves in the Indian Ocean, represented by the pale yellow area, is one example of the TanDEM-X satellite’s capabilities. This picture shows northern Madagascar. The water in Diego Suarez Bay (the blue area) is calmer, so it reflects the TanDEM-X’s radar signals more uniformly. 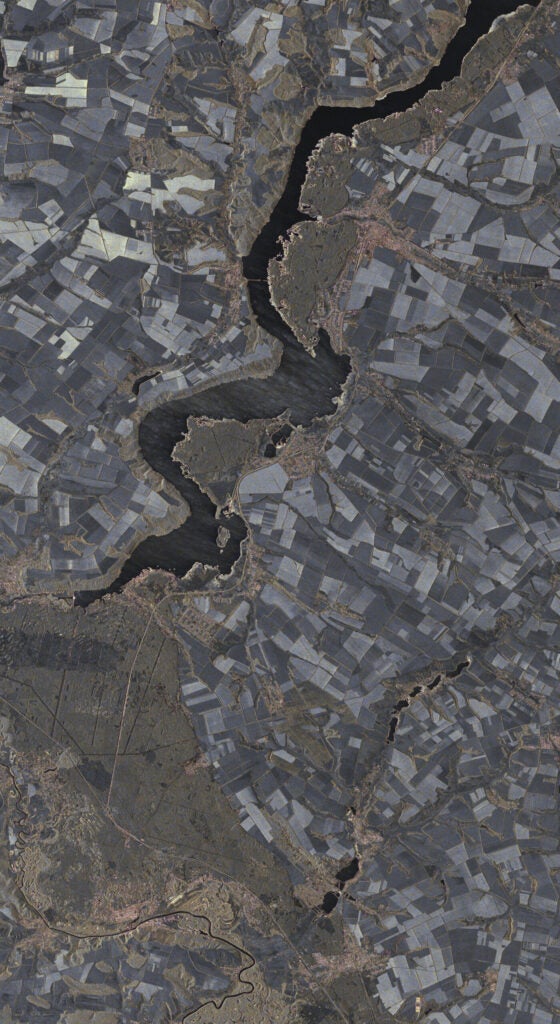 This image of Ukraine shows how the TanDEM-X radar perceives fields and forests differently. Forests and agricultural land surround a reservoir near the River Donets. The area looks like patchwork because forests and fields are worked in different ways, and they reflect radar signals differently. This shows up as a quilt-like pattern of varying brightness and colors. Look at the center of the image, near those smaller reservoirs. To the east is a moving train — the bright curved line. From the offset of the train on the tracks, seen from space, it’s possible to calculate its speed. 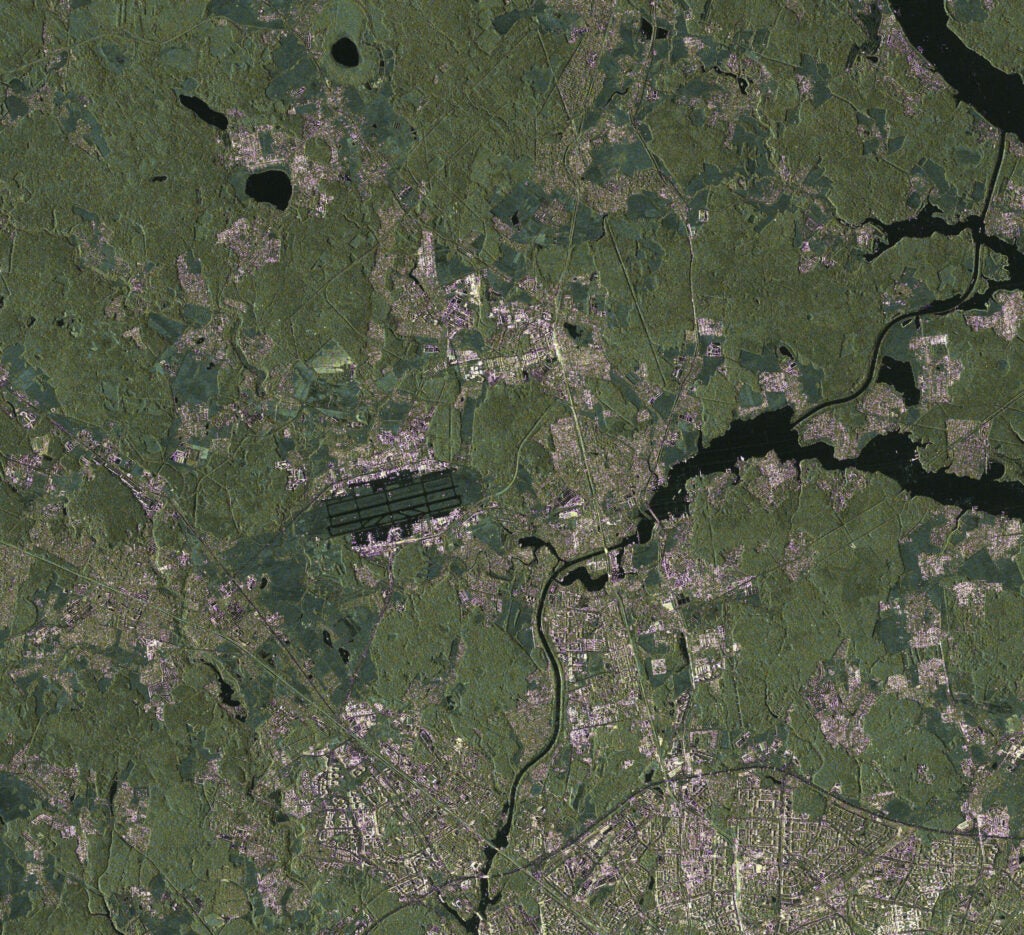 In the center of this image is Moscow’s Sheremetyevo Airport, about 18 miles northwest of the main city. Terminal One, to the north, mostly serves domestic flights; Terminal Two, in the south, was built for the 1980 Olympics and mostly handles international flights. The two runways are clearly visible as black lines, because the flat concrete reflects radar signals away from the TanDEM-X satellite. To the north are the Pirogovskoye and the Uchinskoye reservoirs.
maps
Photography