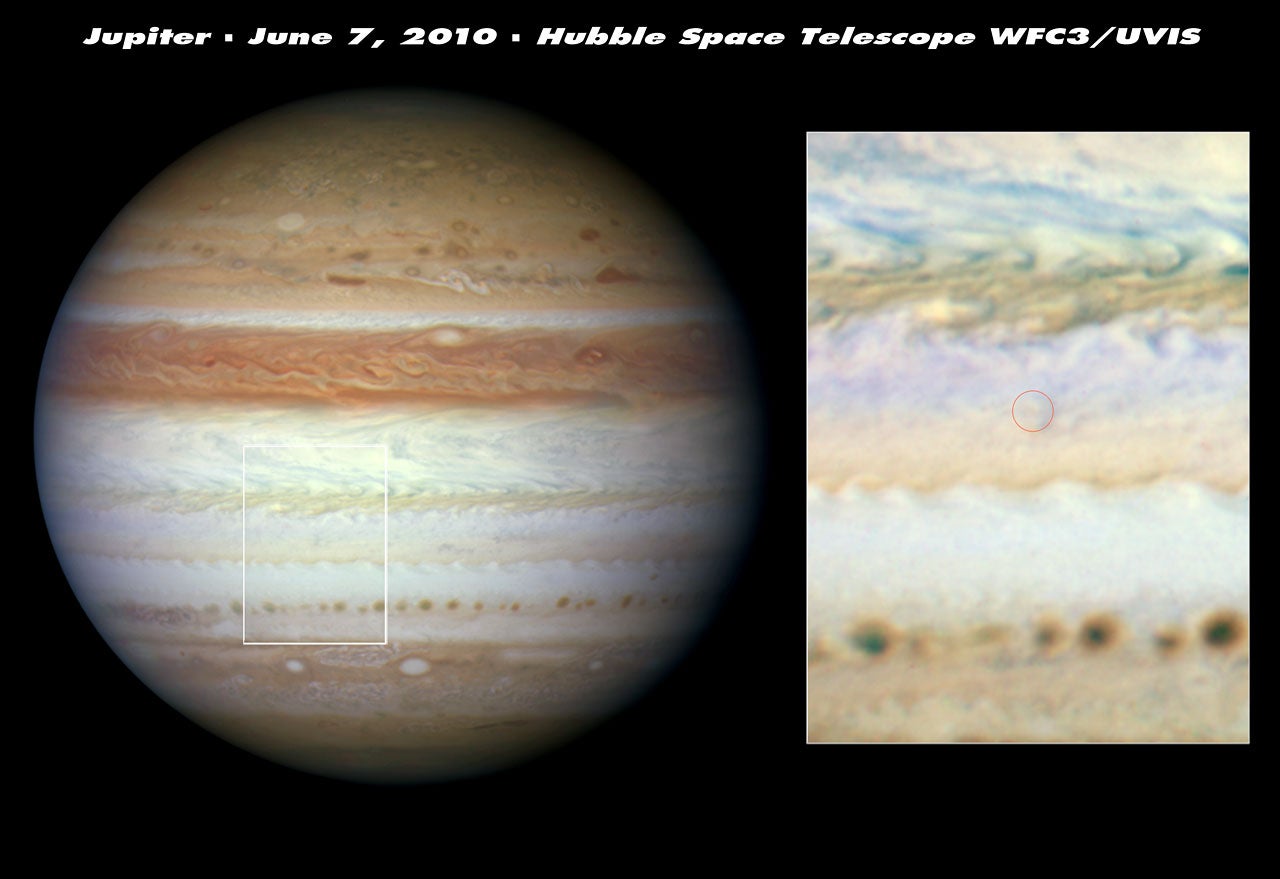 They also think they can explain the bright flash seen from Earth earlier this month: it was a meteor, though a small one that didn’t get very far.

The clouds that comprise the Southern Equatorial Belt were gone when Jupiter emerged from its hiding place behind the sun last month. Astronomers say they’re simply being obscured by white clouds of ammonia ice, which float at higher altitudes than the belt’s prominent brown clouds.

“Weather forecast for Jupiter’s Southern Equatorial Belt: cloudy with a chance of ammonia,” planetary scientist Heidi Hammel of the Space Science Institute in Boulder, Colo., said Wednesday, according to Wired.

Images taken with Hubble’s Wide Field Camera 3 on June 7 found the white clouds, which should clear out in the next couple months, restoring Jupiter to its familiar striped state.

The images were taken a few days after an amateur astronomer noticed a bright flash on the planet, indicating something had crashed into it. It takes a big object to shine brightly enough to be seen from Earth, about 480 million miles away. Now astronomers think it was a meteor that burned up high in the atmosphere.

The new Hubble images show no dark debris plume, which would have been present if the object exploded. That’s been observed twice before, when comet Shoemaker-Levy 9 crashed into Jupiter in July 1994, and when a large asteroid smacked the planet last summer.