Hubble Glimpses Stars on the Move

New photos from the Hubble Space Telescope show once again the value of having a decades-old orbiting observatory. After examining... 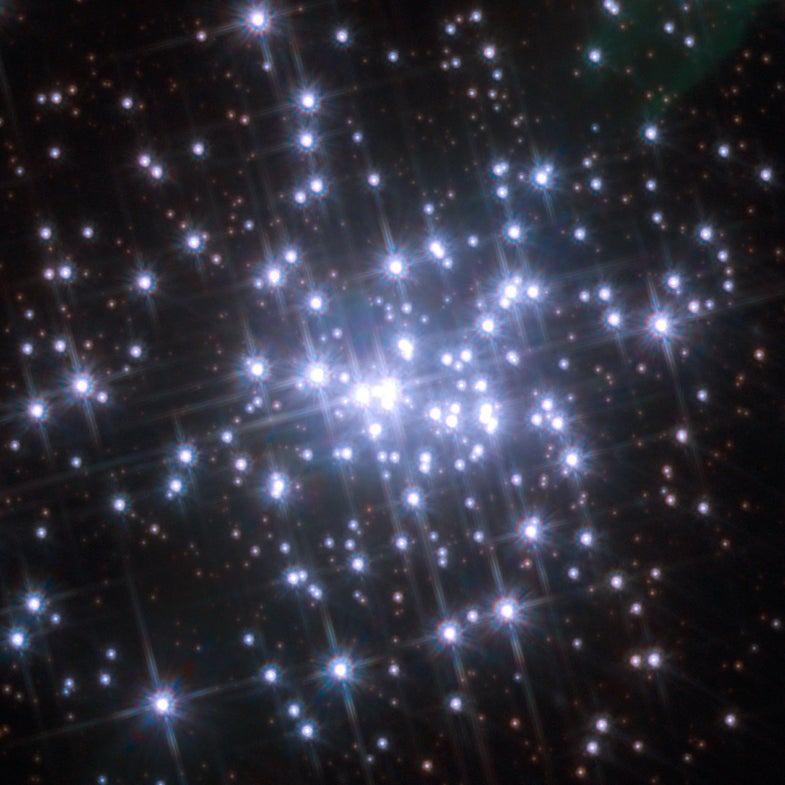 New photos from the Hubble Space Telescope show once again the value of having a decades-old orbiting observatory. After examining identical photos taken 10 years apart, scientists measured the speeds of individual stars in a distant nebula — a feat akin to seeing the apparent thickness of a human hair 500 miles away.

The stars were not moving in the ways scientists expected, so the finding could illuminate star-formation theories, the researchers say.

Most stars form in clusters like NGC 3603, which contains about 10,000 stars packed into a relatively small area. Boyke Rochau from the Max Planck Institute for Astronomy in Heidelberg, Germany, who led the research, said he wanted to find out how such clusters evolve and how long they last. But when distance is measured in light years, it’s pretty hard to spot changes in just a 10-regular-year timespan.

Hubble is the only instrument that can do it. Rochau says the measurements’ precision is a breathtakingly tiny 27 millionths of an arcsecond per year.

Examining two identical Hubble images of NGC 3603, one from 1997 and one from 2007, the team measured the speeds of 800 stars, and noticed that the star cluster was not “settling down” as predicted.

Usually, stars that form together stay together, thanks to gravitational attraction. Also, lower mass stars should move faster than higher mass stars, but that didn’t happen in this cluster.

Instead, the stars’ velocities were independent of their mass, which means they still reflect conditions from the time the cluster was formed about a million years ago, according to a press release from the European Space Agency.

The findings could help explain how star clusters and galaxies evolve, the researchers say.