Many of life’s building blocks, such as amino acids, sugars and other molecules, are chiral — meaning they come in... 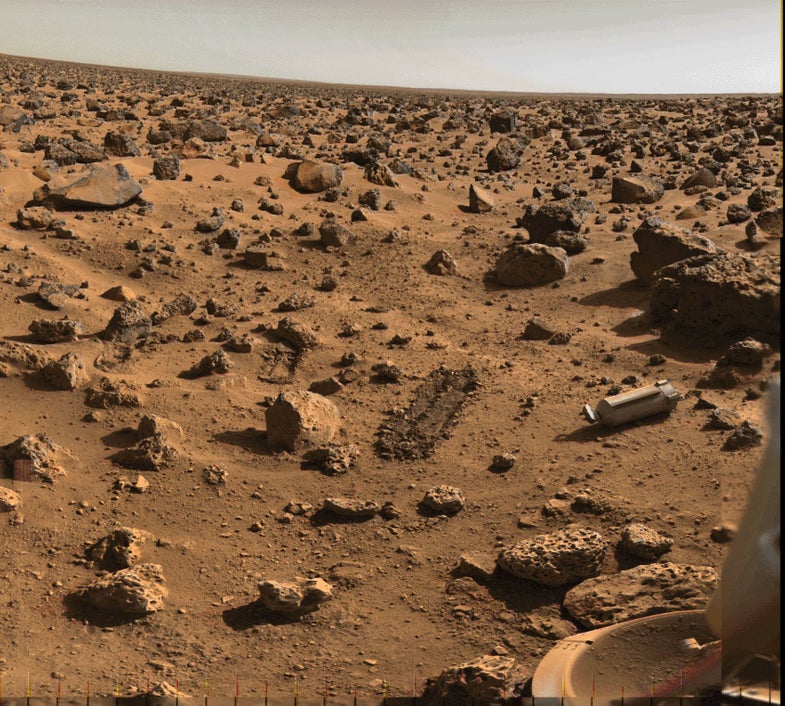 Many of life’s building blocks, such as amino acids, sugars and other molecules, are chiral — meaning they come in two identical forms, mirror images of each other. Most life on Earth tends to prefer one side over the other, such as right-handed glucose molecules. But some forms of bacteria are less choosy.

Most life is left-handed, but its lower forms are ambidextrous, according to a new study reported in New Scientist. This might complicate the search for life on other planets, but it could also explain the Viking Mars landers’ odd findings four decades ago.

Henry Sun and colleagues at the Desert Research Institute in Las Vegas studied the way in which bacteria munched on two chiral compounds, lactic acid and the amino acid alanine. They preferred the right-handed version of lactic acid and the lefty version of alanine, but given enough time, they were able to adjust and consume the mirror versions, New Scientist reports.

The delayed switch could help scientists find evidence of life on other planets.

When the Viking landers touched down on Mars in 1976, they mixed Martian soil with “broths” containing lactic acid, alanine and other nutrients, New Scientist reports. Some gas was released, suggesting something was breaking down a chemical — a possible sign of life. Follow-up tests found no evidence to support the theory, however.

But future tests that use paired right-handed and left-handed broths could track how quickly each one is consumed, which could show whether life is present and if it prefers lefties to righties.