Think all of your genetic material came straight down to you from further up your family tree? A team of... 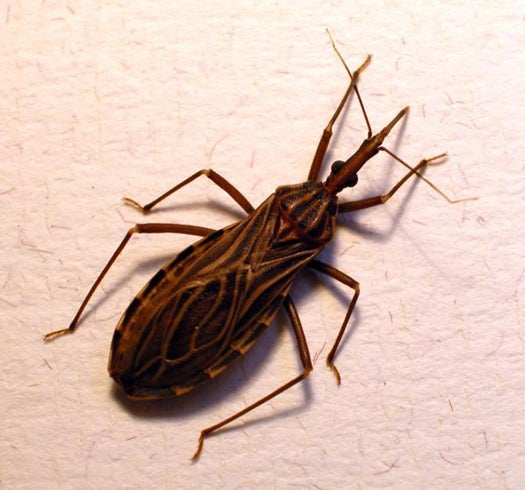 Think all of your genetic material came straight down to you from further up your family tree? A team of researchers at the University of Texas at Arlington doesn’t think so. In a finding that shakes up the prevailing theory that mammals pass on genetic material vertically from parent to progeny, researchers have found hard evidence of horizontal DNA transfer — swapping genetic material between non-mating species — between some parasites and their vertebrate hosts.

In other words, mammals — including humans — could be carrying around DNA from parasitic insects, and that DNA could potentially be altering human evolution over the long term.

Specifically, the genome biologists found evidence of horizontal DNA transmission in a South American blood-sucking bug as well as a tiny species of pond snail. The genes that made the leap were transposons, segments of DNA that move around within the genome, bouncing around cells replicating and changing the amount of genetic material present. Transposons can cause mutations and changes to genome function in cells, which makes the idea of foreign transposons wandering around in our genomes all the more strange.

The transposons the researchers isolated were found in the parasitic triatomine bug were 98 percent identical to transposons found in opossums and squirrel monkeys that served as their hosts. If monkeys and opossums can horizontally receive transposons with bugs, then there’s also a good chance humans might share some transposons with the bug, which regularly dines on human hosts.

The idea of horizontal DNA transfer isn’t novel — we know that millions of years ago some transposons made the leap sideways to enter several mammalian genomes — but the mechanism by which this occurred was never known. By using computer models of the 102 animals for which we have complete genomes, the team pinpointed the interspecies transposon overlap.

Since nearly half the human genome comes from transposons, the finding could spell serious consequences for our own genome, particularly in terms of how understand our own evolution.