In a breakthrough that could lead to significant advances in materials science and tissue engineering, researchers at the U. of... 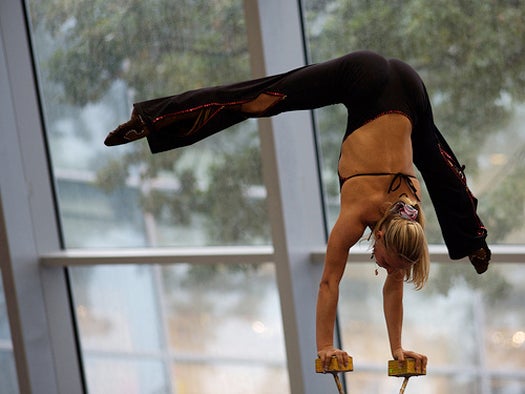 In a breakthrough that could lead to significant advances in materials science and tissue engineering, researchers at the U. of British Colombia have engineered a solid biomaterial that mimics the elasticity of muscle. Using artificial proteins, the team was able to recreate the molecular structure of the protein titin, which plays a vital role in making our muscles the versatile tissues that they are.

Titin — which is sometimes known as connectin — gives our muscles a good deal of their elasticity. The biomaterial based on the artificial titin possesses high resilience at low strain, yet is tougher when the strain is ratcheted up. This is an important quality of real muscle tissue, and the defining characteristic of the new biomaterial.

“A hallmark of titin-like proteins is that they unfold under a stretching force to dissipate energy and prevent damage to tissues by over-stretching,” said UBC Zoology Professor and co-creator of the material John Gosline in a press release. “We’ve been able to replicate one of the more unique characteristics exhibited by muscle tissues, but not all of them.”

While it’s not quite as good as the real thing, the faux-muscle material can be tailored to exhibit different functional properties via the artificial proteins, meaning the researchers can customize it to mimic different muscle types.

The material has clear applications in tissue engineering and other biotech pursuits, but its unique properties of elasticity could have some interesting implications for materials scientists as well.