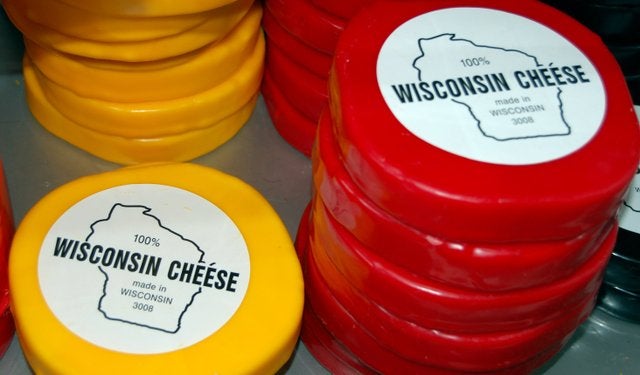 It’s good to know that Wisconsin state legislators can overcome partisan divisions and a host of pressing issues to jointly select an official state microbe — the Lactococcus lactis bacterium responsible for helping make delicious cheddar, Colby and Monterey Jack cheese. That makes Wisconsin the first U.S. state to bestow such an honor upon a microbe, the New York Times reports.

Gary Hebl, a Democratic state representative who proposed the bill, was at first dubious of the idea. But he told the New York Times that the microbe “is really a very hard worker.” Not to mention that the bacterium might rank up there as an unsung hero for the top cheese-producing state, the newspaper adds.

Apparently those arguments won over the Wisconsin Assembly, which passed the bill 56 to 41.

We can also vouch for microbes being hard workers, given their tough roles as living batteries and radioactivity cleaners. Scientists have even directed computer-controlled bacteria to build a miniature pyramid.

But on to more important scientific issues — what microbes would you, dear readers, nominate for your states? Just keep in mind that state legislators like helpful little helpers and won’t be as likely to go for cooler, meaner microbes, like the ones that cause necrotizing fasciitis.