When Matthew Schiefer, a neural engineer at Case Western Reserve University in Cleveland, Ohio, first managed to stimulate the leg... 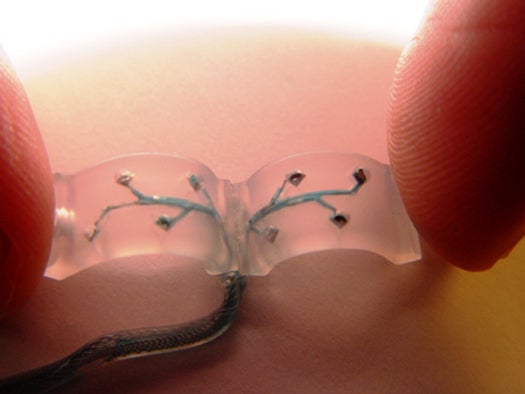 When Matthew Schiefer, a neural engineer at Case Western Reserve University in Cleveland, Ohio, first managed to stimulate the leg of an unconscious volunteer by wrapping an electrode around a nerve bundle, he knew he was on to something. Now, four years later, Schiefer has created a new kind of nerve-activating electrical interface that could allow people with paralyzed limbs to activate their legs with the push of a button.

Schiefer’s new device flattens out the nerve fibers, exposing more of them to the full electrical current. By attaching this flatter contact to the femoral nerve, Schiefer succeeded in activating four of the six leg muscles needed for a person to go from sitting to standing. Additionally, the flexing knee muscles actually generated the level of force needed to lift someone out of their chair.

The significant amount of power in the knee muscle has already led Schiefer to plan longer trials. However, the other end of the connection seems like a taller hurdle. Flexing a muscle with electricity is one thing, but controlling that flexing with a brain attachment or computer program robust enough to allow locomotion may be a whole other story.