Springtime on Mars means the thaw of carbon dioxide ice in the northern hemisphere. And when the dry ice goes,... 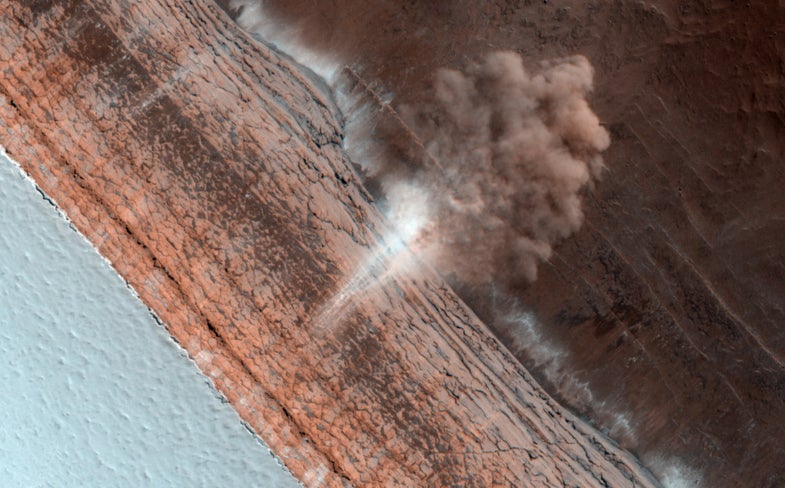 Springtime on Mars means the thaw of carbon dioxide ice in the northern hemisphere. And when the dry ice goes, the party’s over for any trapped debris that then goes tumbling down Martian cliffs in spectacular images such as this.

The Mars Reconnaissance Orbiter (MRO) has been snapping similar photos for a few years, but the dynamic image still stands out among red-planet landscapes that may have remained relatively unchanged for millions of years. Some other signs of change come from the dust devils that spin their merry way across the Martian surface.

Scientists also remain captivated by the possibility that Mars once represented a home for tiny life forms, and the idea that the planet may still harbor microorganisms. Astrobiologists have been using sensitive new tools to analyze Martian meteorites that fell to Earth and may hold the fossilized remains of microbes.

Netizens equally captivated by Mars can even suggest the next location for MRO to point its camera, or take a crack at [counting some craters for science in a NASA online game.