Open sourcing has revolutionized everything from software architecture to agriculture to the way we archive knowledge, so why can’t it... 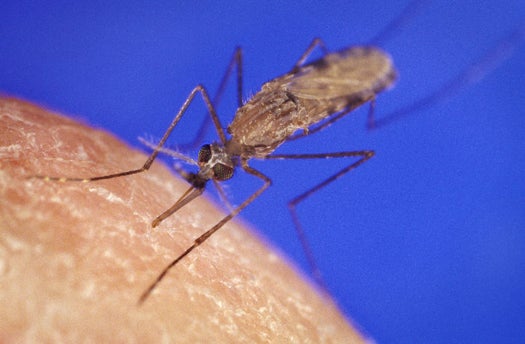 Open sourcing has revolutionized everything from software architecture to agriculture to the way we archive knowledge, so why can’t it find a cure for malaria? That seems to be the reasoning behind pharmaceutical giant GlaxoSmithKline’s decision to offer up detailed information on 13,500 chemical compounds from its database in hopes that an “open lab” will find a cure for malaria.

Accompanying the intellectual property: $8 million to seed the “open lab” with up to 60 researchers that will pursue malaria treatments. By opening this wing of their scientific database to the research community at large, as well as by partnering with initiatives like the Medicines for Malaria Venture, GSK hopes researchers will zero in on an effective treatment for the mosquito-borne illness that ravages tropical regions of the world.

Of course, GSK’s committing of its intellectual property to the world at large is not a pharmaceutical first. The Tropical Disease Initiative serves as an open repository for research focused on tropical illnesses, and other organizations like the Institute for OneWorld Health try to connect money, research and researchers from diverse sources to tackle pressing disease problems in depressed regions of the world.

But GSK’s initiative is unique in that it’s the first time a single company is releasing its own proprietary research to the public, and even offering to fund researchers who commit to tackling a particular disease. In fact, and we’re just thinking out loud here, it’s kind of hard to tell if this is an act of pure benevolence or GSK’s way of shifting malaria research to the side while it pursues more profitable drugs in-house — or perhaps a bit of both.

Either way, it can’t hurt the scientific community to have additional information that was previously walled up inside GSK’s archives, and it’s not like GSK is dumping the information on other researchers and walking away — the company plans to host the “open lab” at its Tres Cantos Campus in Spain. Regardless of motivation, we can all agree that a collective push for malaria research is a good thing. It’s estimated that malaria kills a child every 30 seconds, the vast majority in economically depressed parts of sub-Saharan Africa.