Neuroscientists have already spent the better part of a decade manipulating animal minds by using light signals to trigger genetically... 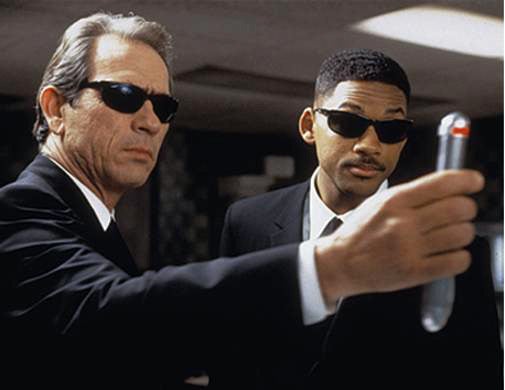 Neuroscientists have already spent the better part of a decade manipulating animal minds by using light signals to trigger genetically encoded switches. But a new study has now directly reprogrammed flies to fear and avoid certain smells, and all without the usual Pavlovian shock treatments.

The technique supposedly permits “writing directly to memory,” and allowed one scientist to enthuse about being able to “seize control of the relevant brain circuits” for producing all sorts of mental states and behavior. Researchers have discovered 12 specific brain cells that they can stimulate to implant the false memories of events that never occurred — except in the mind, of course.

This represents just one of the latest steps in the relatively new field of optogenetics, where scientists encode genetic switches inside certain cells and trigger the switches using tailored flashes of light. The genetic switches are made from eye cells that can translate light into the electrical signals used for communication by neurons.

Plenty of past research has manipulated the minds of animals and humans alike by using more blunt methods such as electrodes inserted into the brain. But optogenetics has taken mind control to a new level by permitting researchers to target very specific types of brain cells by merely flashing specific light signals.

The team from the University of Virginia and Oxford University in the UK even hints that such work could eventually go beyond flies. Their technique certainly makes the brainwashing of The Manchurian Candidate look rather coarse by comparison — if that drama were enacted by tiny insects.