Broken toes, bloody noses and ceiling fan entanglement are the stuff of nightmares for all ages, report concludes 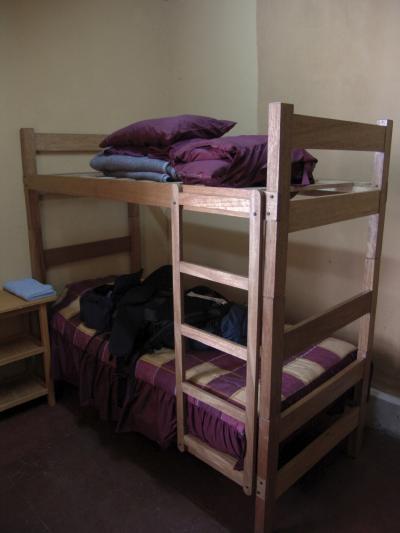 Clamber down a bunk bed ladder in the black of night at your own risk, says a large new study of the double-decker berths: falls, head entrapment, strangulation, and even ceiling fan entanglement may await.

Most of the nearly 36,000 cases of bunk-bed injury reported per year were found to involve scrapes, bruises, and fractures, including the notorious “bunk-bed fracture”—an impaction of the bone behind the big toe commonly induced by cowabunga leaps. Small children get walloped most often in the head and neck, reports the study, as they “tend to fall head first because of a higher center of gravity.”

Yet no child is too old to be spared. The researchers learned that injuries actually spike among 18-to-21-year-olds, presumably because they are more frequently relegated to bunking in a college dorm or military barrack.

The authors, who conducted the study from Nationwide Children’s Hospital in Columbus, Ohio, recommend the use of guard rails and night lights and discourage kids from employing the bunk as a jungle gym.

The report appears in the June issue of the journal Pediatrics—yet another example of how obvious science can help us sleep at night.