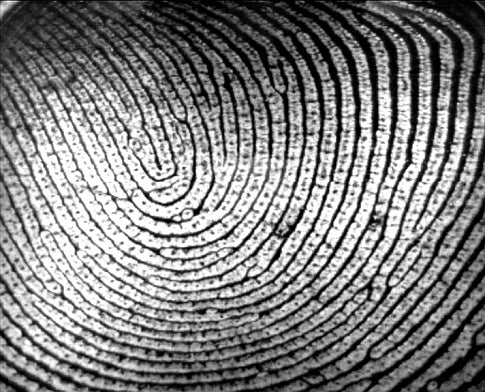 A new crime-fighting technique could make avoiding capture more difficult for even the most fiendish gunsels.

The technique, developed by British scientists, allows police to lift fingerprints from bullet casings, even if the casing has been wiped clean. The typical method for recovering fingerprints relies on the sweat from fingertips left on the casing by the criminal. If the casing is wiped clean, then recovering a fingerprint from sweat becomes next to impossible. However, the new technique relies on a substance in sweat that doesn’t wipe away so easily: salt.

The salt corrodes certain metals from which bullets are made. In the new technique, the bullet casings are covered with a fine dust. Then a strong electrical charge is run through the metal, causing the dust to stick to the corroded areas of the casing, and revealing a potential fingerprint. Unfortunately, some people simply do not have enough salt in their sweat to create enough corrosion. But the technique does show promise.

So far, British and U.S. authorities have used the new method to re-open three cold cases. John Bond, the physicist who developed the technique — no relation to James Bond, so far as we know — said that in one case, enough evidence was produced that the identification of an offender may now be possible.