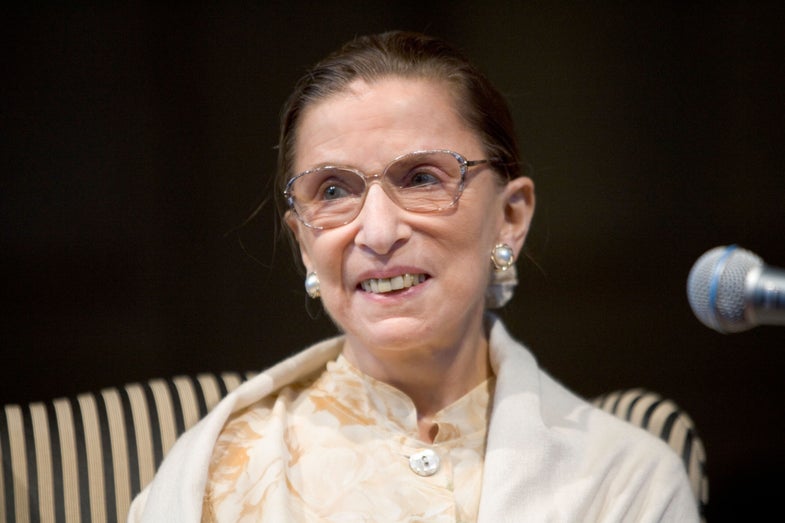 Justice Ruth Bader Ginsburg had two cancerous nodules removed from her lung Friday at Memorial Sloan Kettering Cancer Center in New York, according to a press release issued by the Supreme Court.

Malignant nodules of this kind are among the earliest stages of lung cancer and are essentially round or oval-shaped growths in the lung. Doctors discovered the tiny growths in a CT scan Ginsburg had following a fall and subsequent series of rib fractures back in November.

Human lungs are divided into lobes (the right lung has three and the left has two). Those lobes are further sectioned off into segments and then into lobules. Ginsburg’s nodules were confined to the lowest lobe in her left lung. To excise them, doctors performed a lobectomy, which removes that entire section of the lung and the nodules with it. The other four lobes take over to keep the lungs functioning.

Pathologists identified both nodules as malignant, according to Bader Ginsburg’s thoracic surgeon Valerie W. Rusch, meaning they contained cancerous cells. Luckily, scans performed beforehand and medical evaluations conducted after showed no evidence of the disease anywhere else in her body.

Ginsburg is 85 years old. Pulmonary nodules tend to become more common as someone ages, according to the Mayo Clinic. (Those who smoke, or were previously smokers, are also at a higher risk than someone who has never smoked.)

For now, given the successful removal of the malignant nodules and no further evidence of cancer, Ginsburg’s next move is rest and recovery. Unfortunately, however, she isn’t completely out of the woods yet. During surgeries such as these, doctors take biopsies of surrounding lymph nodes—the pathway by which cancer likes to travel and spread—to confirm that the body is officially cancer-free. Those results won’t be ready for at least a couple of days. According to NPR, if those biopsies show no signs of cancer, Bader Ginsberg has an 80 percent chance of remaining cancer free for the next five years. If tests show there is cancer in the surrounding lymph nodes, those odds could drop to as low as 40 percent.

This is Ginsburg’s third time battling cancer, having survived bouts of both colorectal cancer in 1999 and pancreatic cancer in 2009. Despite this, her mind and body remain sharp and fit—an inspiration for us all to embrace as we face the New Year.