Clearly the "independent locomotion" study was a success 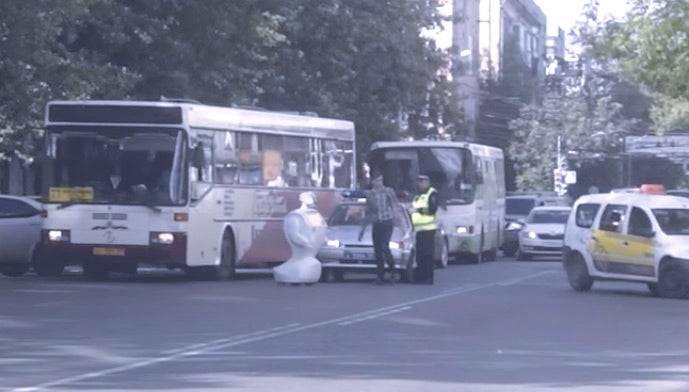 When you see video of police officers arriving on the scene as a robot blocks traffic, you assume Skynet is involved.

Not so, thankfully, this time. While a Russian robot did “escape” into the street, it was actually just wandering around on its own because someone forgot to lock a gate. The robot, programmed to wander around for a study about independent movement, didn’t get very far before its battery died.

We expect it’s just the first of many instances of wandering robots to come. The good news is, for now, they’re less Skynet, and more stray cat.

Check out the video below.