A Cellular Atlas Of The Human Body 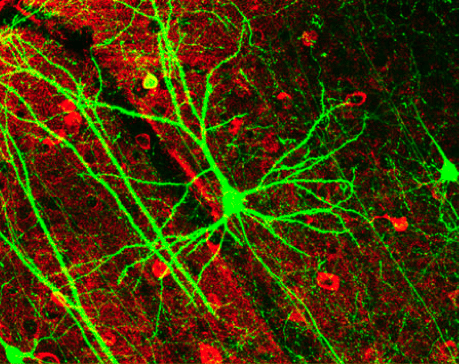 If science textbooks are to be believed, you have about 200 different types of cells in your body. But several teams of scientists are now debating that number, saying that the estimate is significantly larger. Using the new technique of looking at a cell’s RNA, a handfulof researchers are prying open thousands of cells at a time to figure out what makes them different from one another, according to the MIT Tech Review. The results could change how we treat diseases where cells proliferate or die off, such as cancer or Alzheimer’s respectively, for which treatments are increasingly targeted to specific cell types.

In the past, the only way for researchers to distinguish between cells was to dye them and look at them under a microscope, paying attention to their varying shapes and structures inside. But now scientists are able to sequence a cell’s RNA, the messenger from DNA that tells a cell how to make the proteins it needs. To sequence them, cells are separated on microscopic conveyor belts, where their RNA is extracted. One technique developed by Swedish researchers allows scientists to tag each type of RNA sequence with a molecular identification. This acts somewhat like a bar code so that researchers can see exactly which types of proteins a cell is supposed to be producing.

The result is a unique identification of a cell’s molecular activity, which is much more exact—the equivalent of getting a person’s fingerprint instead of identifying by his or her appearance. And with innovations in chemistry and microfluidics, it’s more affordable than ever for researchers to rapidly process hundreds or even thousands of cells.

Eric Lander, the head of the Broad Institute and one of the leaders of the Human Genome Project, thinks that this work is an interesting first step, but it’s not yet time to call for a large-scale effort of mapping all the cells in the body. However the time is coming, likely in about two years, he told MIT Tech Review. The resulting information would be more than just a catalog of cell types; it would reveal how cells work together in the body, which could lead to improved treatments for a number of diseases.