For an A.I. Doom competition 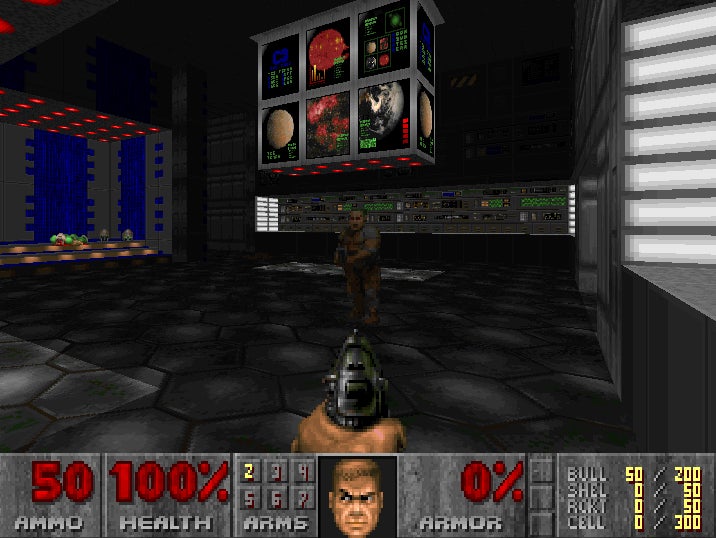 Video games are a good way to train artificial intelligence algorithms to learn about a visual world—researchers can simulate any situation they want, and it’s endlessly repeatable. Google DeepMind is famous for this approach, teaching its A.I. to play Atari.

Now researchers are competing to make their algorithms play Doom, the iconic shooting game originally for PC. DeepMind has already trained its algorithm to walk around in a maze based on Doom, but this competition would have the A.I. play death match rounds with rocket launchers. (They can also gather medkits and ammo.)

Every competing A.I. will fight against every other A.I. for a 10-minute round. The A.I. with the most kills wins.

The trick here is that the A.I. would be “seeing” and reacting to the visual output of the game, just like any human player. It’s a stepping stone to better algorithms that can learn the same way in real life.

The results will be announced September 20-23, 2016 as a part of the IEEE Computational Intelligence and Games Conference, and let’s cross our fingers that there’s video.