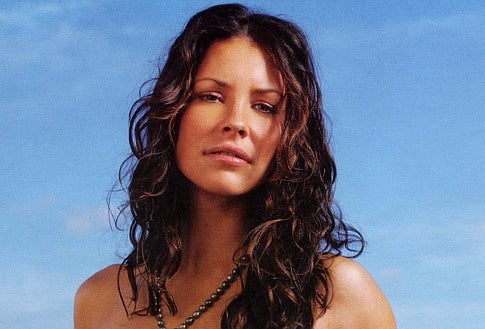 Hormones are no longer responsible just for teenage angst and questionable food cravings; new research shows these temperamental chemicals also dictate the type of person to which you are attracted. In the first study of its kind, Drs. Ben Jones, Lisa DeBruine, and Lisa Weeling at the University of Aberdeen demonstrated that hormones play a key role in determining who you are attracted to at any given time.

To be more precise, it’s actually testosterone levels that make certain women attractive to certain men and vice versa (or, to be all-inclusive, any combination of the above). And forget nice legs or muscular arms — it turns out attraction is all about the face. The experiment was conducted at the aptly named Face Research Laboratory, where subjects were asked to complete “face preference tests.” The test showed pairs of either female or male faces and asked the subjects to choose which of the two they found more attractive. Concurrently, the testosterone level in each subject was tested via saliva samples. The subjects completed weekly test sessions over a four-week period.

The results showed that the higher the testosterone level in a man, the more attracted that man was to “feminine” women. According to the study, examples of this type are Lost star Evangeline Lilly and actress Natalie Portman. The same was true for women: the higher their testosterone level, the more often they picked the more “masculine” face out of the pair they were shown. Sorry, Seth Rogen, men like Russell Crowe and Daniel Craig win the competition here. During the weeks when the subjects’ testosterone levels were lower, they labeled different faces as being more attractive.

Scientists attribute the choice to evolutionary tendencies. More “masculine” men and more “feminine” women create the healthiest, strongest offspring. If you are thinking about sex, then you are more attracted — consciously or not — to the healthiest looking partners, those lucky Brad Pitts and Angelina Jolies of the world. When testosterone levels are high, your sex drive kicks into gear and you are apt to go for the fittest mates. Dr. Welling points out, “We tend to think that attraction is relatively stable over time. However, our research shows that attraction is affected by fluctuations in testosterone levels.”

If he is “just not your type,” it’s probably not because he has brown hair or blue eyes, or a certain height, build, favorite T-shirt, or job description. The more likely matchmaker is your testosterone. So go ahead, set your friend up with that redhead. Depending on his testosterone levels, she might just be his type after all.