Getting High For Your Health 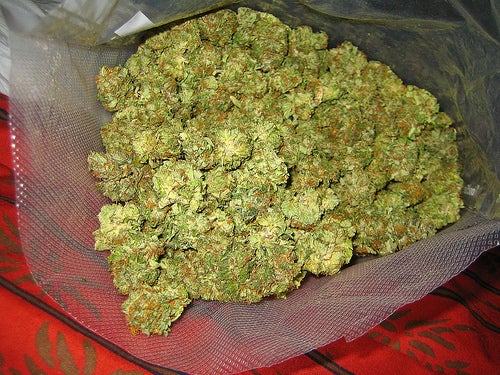 Cannabis connoisseurs, former hippies, and college kids everywhere have long appreciated marijuana for its seemingly magical effects on mind and body. The fact that it is illegal (at least in the United States), has never stopped people from partaking in a little herbal refreshment. But it isn’t just Phish fans who have argued for the legalization of the popular recreational drug. Legalizing marijuana for medicinal purposes, specifically to alleviate the pain of those afflicted with glaucoma, is a contemporary and fairly widespread cause. But even since the 1950s, scientists have recognized, and pushed for, the antibacterial properties of Cannabis sativa.

Most recently, positive publicity for pot has emerged via a group of Italian and British researchers experimenting with tetrahydrocannabinol—the main active ingredient in marijuana. More commonly known as THC (because, let’s face it, anyone under its influence isn’t going to be able to get that octosyllabic word out of his mouth), the compound and its related compounds have proven themselves effective antibacterial agents.

A team of scientists led by Giovanni Appendino at the University of Eastern Piedmont tested the five most common cannabinoids (a group of substances that are structurally related to THC) and found each one to be effective against several common multiresistant bacterial strains. The findings were published in the Journal of Natural Products, where the team also suggested that cannabinoids without psychotropic properties may be even more useful in fighting off bacterial diseases.

Back in the fifties, scientist didn’t know much about the chemical make up of marijuana. They tested it as an agent against various infections, but their experiments never reached the practical stage. Half a century later, researchers are able to look more closely at the potential medicinal properties of the plant; however, they are still unsure of how exactly the cannabinoids work and how effective they would end up being. More research and experimentation is needed if they expect to transition it into systemic antibiotics. Still, strides are being made. Scientists say THC could be ready for use in the near(er) future as a combatant against methicillin-resistant Staphylococcus aureus (MRSA), an often fatal bacteria responsible for difficult-to-treat infections in humans, commonly found in hospitals or jails, where the residents have open wounds, invasive devices, and weakened immune systems. The compound would serve as a topical agent, preventing microbes from colonizing on the skin. Whatever name you choose to call it—pot, reefer, weed, hemp—cannabis could end up being the drug for microbial strains that no other drugs can cure.

That’s one small step for medicine, one giant leap for marijuana.