The Woman Who Helped Us Hear Juno

Why is NASA’s longest-serving woman an hourly employee? 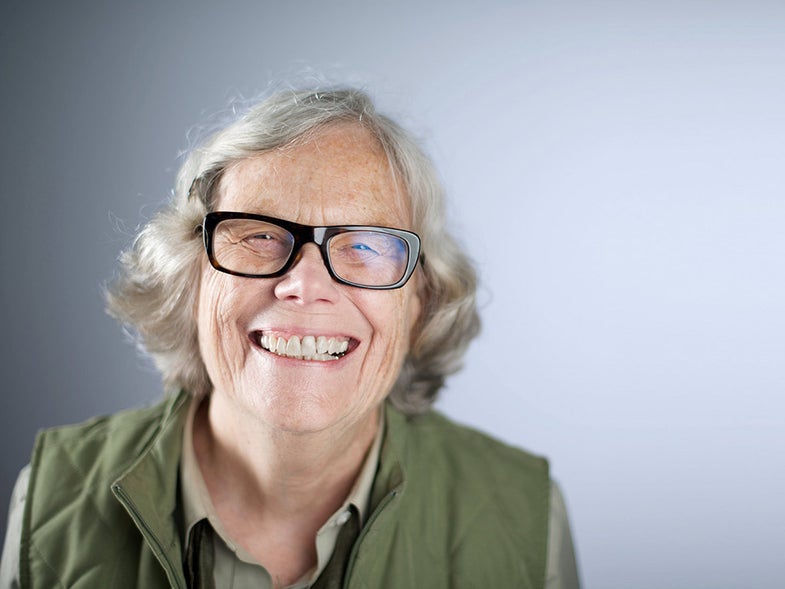 On the evening of July 4th, 2016, in a quiet room in California, a 79-year-old woman named Susan Finley listened for faint tones to whisper their way across the solar system. Never one to call attention to herself, she prefers to work in the room above the mission support area of the Jet Propulsion Laboratory (JPL), away from the hubbub of television cameras. Those first unearthly sounds, what rocket scientist Bill Pickering playfully called the “music of the spheres” back in 1962, were NASA’s first indication that the Juno spacecraft successfully entered into Jupiter’s orbit, 1.74 billion miles from Earth, sending cheers erupting out of the team members at mission control.

Juno emits radio tones in hundreds of different frequencies, each one corresponding to every possible operation of the spacecraft. They aren’t audible to the human ear, but instead are deciphered by computers. Since 1997, Sue Finley has been detecting these tones using the software she helped develop in order to reveal the success or failure of NASA missions. Finley’s history, however, stretches much further back than 1997.

Finley was hired by JPL in 1958, eight months before Congress and President Eisenhower officially created the American space agency. Over her 58-year career there is hardly a NASA mission her work has not touched. She was there for the launch of the first American satellite, worked in mission control during the early lunar missions, plotted a route for the Voyagers on their grand tour of the solar system, cheered as balloons loaded with scientific instruments bobbed in the Venusian winds, and landed Mars rovers on the red planet. Over the course of her long and varied career, she has overcome obstacles that few women working today can contemplate.

Yet in 2004, NASA demoted her because she doesn’t have a bachelor’s degree.

Can you hear me now?

Jupiter has long held a place in Finley’s heart; she can remember the first mission to the massive planet, Pioneer 10. “I debugged the big programs,” says Finley.

The Pioneer spacecraft, one-fourteenth the mass of Juno, whizzed by Jupiter in 1972, slowing down just long enough to take pictures, measure the planet’s radiation levels, and probe its moons. Scientists and the public alike were aghast at those first detailed images of Jupiter, its angry swirls and giant red spot so mesmerizing that NASA won an Emmy award for the telecast in 1973.

While Pioneer 10 took its images from 81,000 miles above the cloud tops, Juno will make its orbit from just 3,100 miles. The images and data sent back from both journeys, however, depend on the Deep Space Network, or DSN, built in part thanks to Sue Finley.

The DSN is a worldwide network of antennas and communication facilities that makes interplanetary travel possible. The arrays of radio antennas are able to receive faint signals from space. The DSN can even track those ships farthest from home, the Voyagers, which are currently exploring interstellar space and emit a signal 20 billion times weaker than a digital watch.

Finley was brand new at JPL when the first parabolic dish antenna that makes up the network was constructed at the Goldstone Observatory in California’s Mojave Desert. Soon she would find her work dominated by the DSN, which now spans the globe with arrays of giant radio antennas in Australia and Spain, in addition to California.

Finley and her colleagues developed the software that ties the stations together, allowing NASA to maintain communications with its robotic explorers no matter the rotation of our planet, nor the spacecraft. For the Juno mission, this ability was crucial as the spacecraft had to turn away from the Earth as it fired its engines to slow down and pop into Jupiter’s orbit. With its main antenna turned away from the Earth, detailed telemetry from the spacecraft was impossible. Instead, the team at JPL relied on simple radio tones to tell them when the 35-minute engine burn was finished and Juno had officially begun its exploration of the gas giant.

Pivotal in determining Juno’s success is Finley, NASA’s longest serving female employee. However, in 2004 the space agency degraded her employment, taking away her title of engineer and switching her salary to an hourly rate simply because she doesn’t hold a college degree.

When Finley was hired in 1958, bachelor degrees were not seen as a prerequisite as they are today. Finley was highly gifted in mathematics but never finished college–instead she got a job as a “computer” at JPL.

Before digital devices, human “computers” were responsible for performing all the calculations for laboratories, often by hand. In 1969, Sue and the other female “computers” were officially made engineers. It was an incredible achievement for them, symbolizing their hard work and dedication. However, when NASA changed its policy in 2004, requiring bachelor degrees for all its engineers, that title was taken away. Finley was the only one of the history-making group affected, the other women having retired after working in the lab for decades.

No one at NASA has been able to satisfactorily explain why one of the pioneers of our space agency now fills out timecards, her worth measured in hours instead of decades.

Finley bears the space agency no ill will, saying, “I feel lucky to have the job I do.” Over the course of six decades, it’s certainly been an enviable career.

While Sue has no plans to retire, NASA’s mission to Jupiter is already running out of time. Juno has always been a suicide mission. In February 2018, NASA will send the spacecraft plummeting to its doom, destined to burn up in the Jovian atmosphere. When it goes it will be at least a decade before NASA sends another spacecraft to the outer planets.

Missions may come and go, spacecraft soar and crash, but Finley remains in her office in Pasadena, waiting for the faint beeps from outer space.

Nathalia Holt is the author of Rise Of The Rocket Girls: The Women Who Propelled Us, from Missiles to the Moon to Mars.