And is promptly downvoted 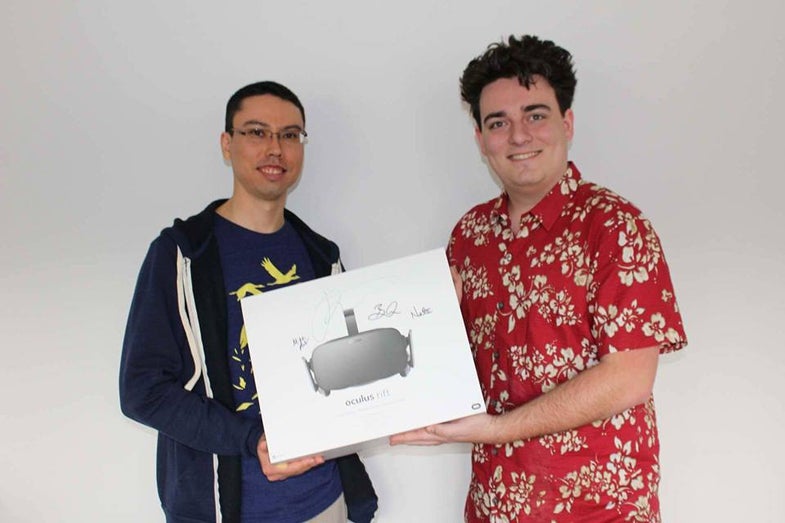 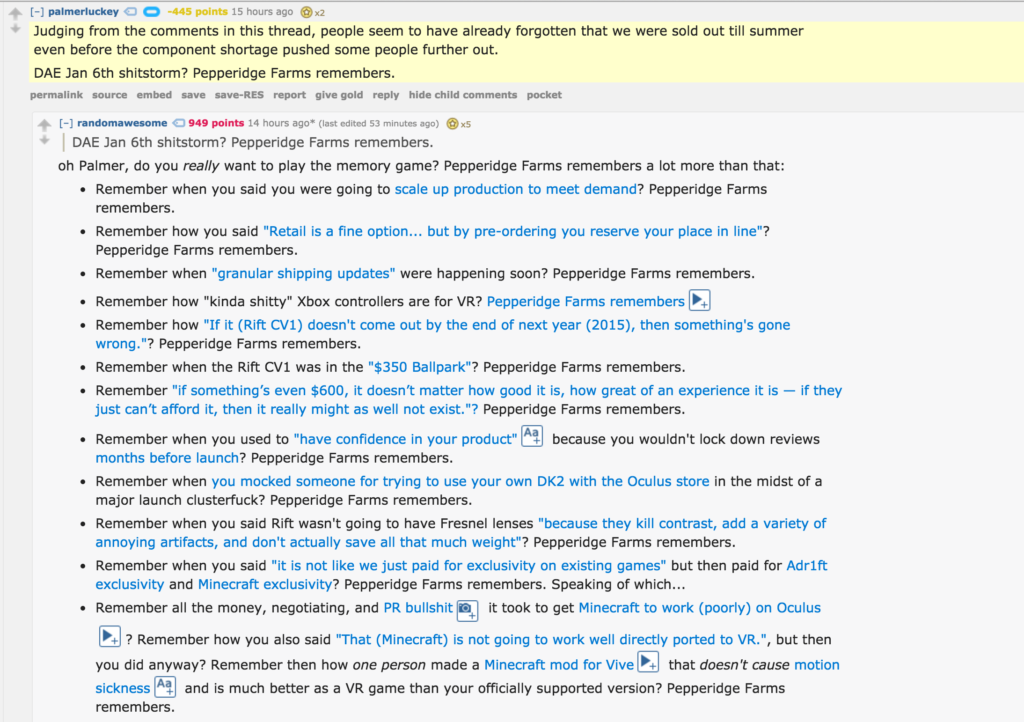 Luckey was responding to a post on the subreddit that called out a tweet he posted last night addressing the ongoing delays in shipping his company’s first consumer product, the $599 Oculus Rift virtual reality headset, to buyers. In his tweet, Luckey boasted that he would rather have shortages of his product than shortages of demand for the product. When the Oculus founder tried to blame the botched launch on the number of preorders, Reddit user randomawesome replied with a comprehensive list of contradicted promises that Luckey had previously made.

Luckey responded to the post, saying they had taken his words out of context.

Oculus has seen major delays due to component shortages, with those who ordered just minutes after launch still waiting for the units promised for March 28. It’s not totally unexpected with new hardware projects, especially those that originated on Kickstarter — as the Oculus Rift did. But it’s not a great look for parent company Facebook, especially since the Oculus Rift is both its first foray into hardware and into virtual reality.