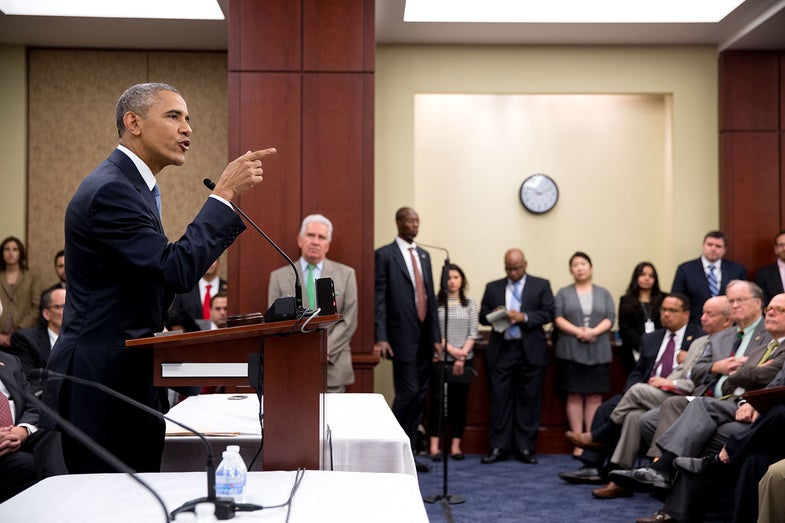 President Obama has announced $40 million in aid for island nations in the most danger from rising sea levels due to climate change.

The program and funding are intended to, among other things, “promote resilience, enhance access to climate finance, and improve national capacity to manage and monitor adaptation programs.”

The announcement, which came just before the long weekend, came on the heels of his appearance and speech at the Pacific Island Conference of Leaders and the World Conservation Congress in Hawaii last week.

Rising sea levels and erosion are a large focus of the administration’s ecological programs in Obama’s final months. Island nations aren’t the only ones likely to suffer as ocean levels rise.