Because bared teeth doesn't always mean what you think it means 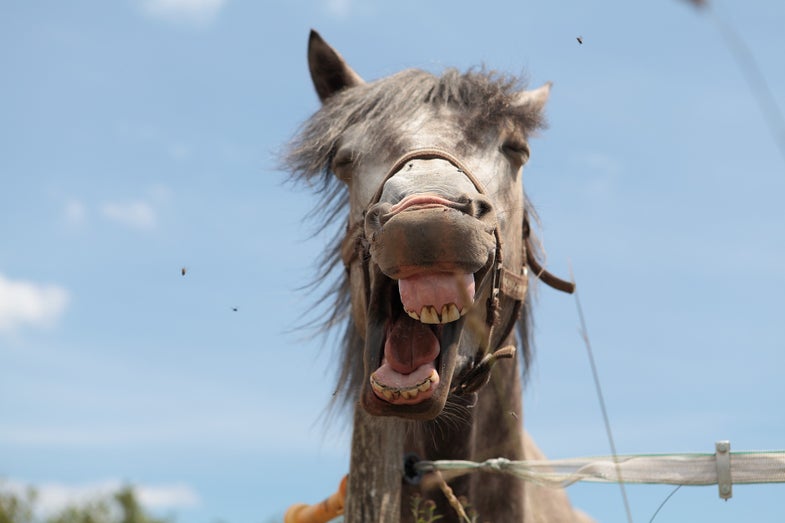 Animals, like humans, use facial expressions to communicate emotional states. But there was no systematic way for researchers to correlate these facial movements across species or with the appropriate context. Now a team led by researchers from the University of Sussex in the United Kingdom has created a standard to measure horses’ facial expressions, which could help caretakers better understand when horses are distressed. The research was published today in PLOS ONE.

The original Facial Action Coding Systems (FACS) was designed for humans, based on the anatomy of facial muscles and designed to give researchers an objective framework of facial expressions. It’s been useful for psychologists and animators, and laid the groundwork for facial recognition software.

These researchers turned to horses because they’re both visual and social animals that have been domesticated for millennia. Despite all we know about horses’ movements, we don’t know much about their facial expressions. If we did, we might be able to understand and treat them better. 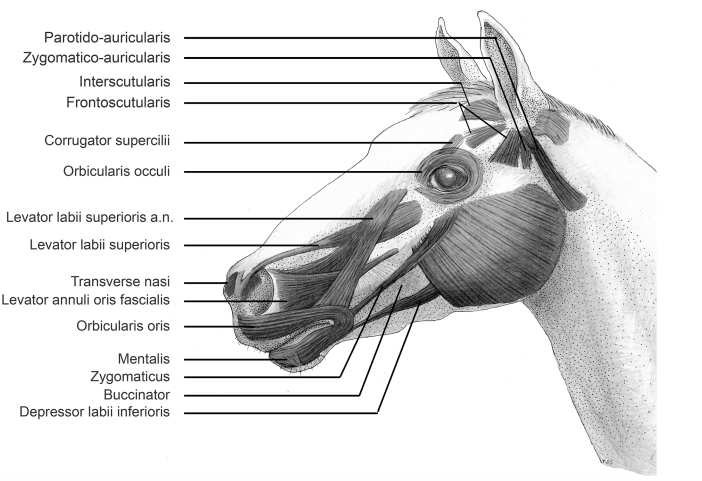 To create FACS for horses, the researchers compared the anatomy of human and horse faces using a ‘face mask’ method of dissection that gives them a more comprehensive view of the muscles and their attachments. The researchers then analyzed 15 hours worth of videos of horses in the wild to identify individual facial expressions, which muscles are likely involved in making them, and which human expressions they correspond to. Some also overlap with facial movements in other primates, as well as in dogs and cats. In the end, they found 17 separate actions. When the researchers gave the final EquiFACS code to two FACS experts and two people trained in animal anatomy, the researchers found their tool to be intuitive and easy to use.

The researchers hope that EquiFACS can help people who care for horses better understand their emotions. But they think the facial expressions might provide a unique window into the effects of domestication, horse socialization, and psychology.