Get Your Playlist Ready: The Next Mars Rover Will Capture Sounds

Can you hear Mars now? 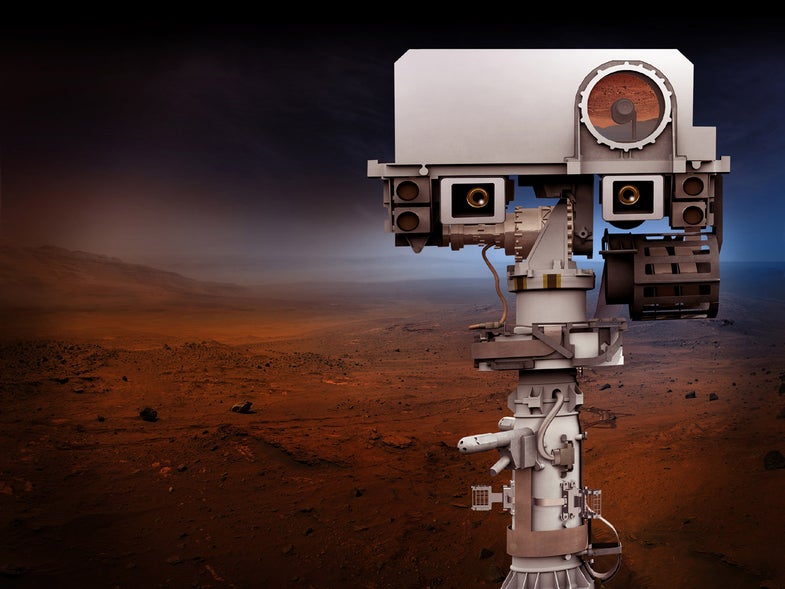 NASA’s Jet Propulsion Laboratory announced that it will outfit the next Mars rover with microphone cameras that’ll record descent, landing, and surface operations.

The team anticipates “some of the most exciting imagery I think a planetary mission has ever provided,” the rover’s deputy project manager Matthew Wallace told Space.com.

Recording the descent via parachute and rocket-powered “sky crane” will provide a never-before-seen view of a rover’s landing, helping engineers better understand how parachute inflation physics and heat shields operate in the Martian atmosphere.

Once it’s on the ground, the diagnostic work of the microphone and cameras begins. They’ll keep a close listen for hardware sounds that could alert to malfunctions before they’re visible. Microphones will be positioned on the laser SuperCam to collect sound and laser data simultaneously, and the rover’s front starboard corner to monitor wheel sounds.

Other than the mast whirring up and down and the wheels crunching over Martian soil, Wallace says he expects to hear wind sounds and whatever else might make a noise within 10 to 20 feet of the microphone. Alien truthers and conspiracy theorists, get your headphones ready and turn up the volume.