It could lead to better HIV treatment in humans 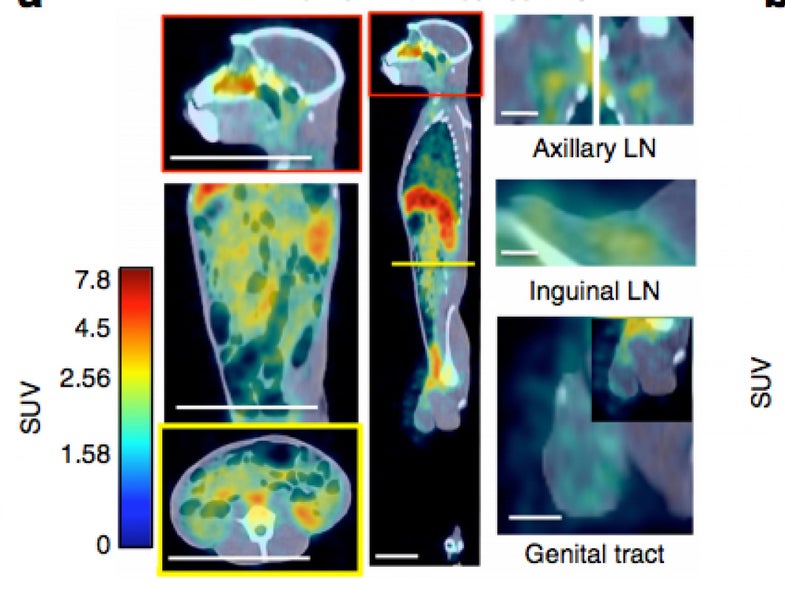 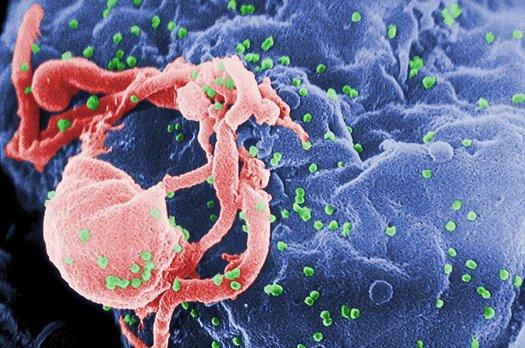 To determine if a human has HIV (or if a monkey has the primate equivalent, SIV), doctors test the blood or saliva for the virus. This is a fast way to tell if a person has the virus, but it’s not foolproof; sometimes, antiretroviral drugs or a person’s powerful immune system keeps the number of the virus’ cells so low that the tests can’t detect them. Researchers have hypothesized that certain parts of the body may have higher concentrations of the virus even when it can’t be found in the blood, but they weren’t quite sure where. In a new study, published this week in Nature Methods, a team led by bioengineers at Emory University located these viral reservoirs in monkeys.

To find the virus’ secret hideouts, researchers used an old tool in a new way. They injected the infected monkeys with a small amount of radioactive material that only binds to SIV cells. Then, they took a positron emission tomography (PET) scan that illuminates the radioactive cells on the screen.

The researchers could then clearly see which tissues had highest concentrations of SIV. Some body parts— lymph nodes, intestines and the male genital tract —were known to be more sensitive to viruses, so the researchers weren’t surprised to see more virus cells there. But some areas, such as the nasal cavity and the lungs, were unexpected. To make sure their scans were correct, the researchers took small samples of the tissues with the highest concentration of viruses and compared them to the same tissue of a monkey without SIV.

Current treatment for HIV doesn’t target specific organs or parts of the body. The drugs involved are so powerful that they still work, but it also means that they’re not as effective as they could be. The study authors hope that this technique could help researchers pinpoint HIV reservoirs in humans. Another study, published this week in Science, outlines a different way to detect virus reservoirs, all in the hope that future HIV treatments can target these high-concentration areas directly, and, with the right kind of drugs, maybe even eradicate the virus from the body altogether.