Pluto Is Bigger Than We Thought 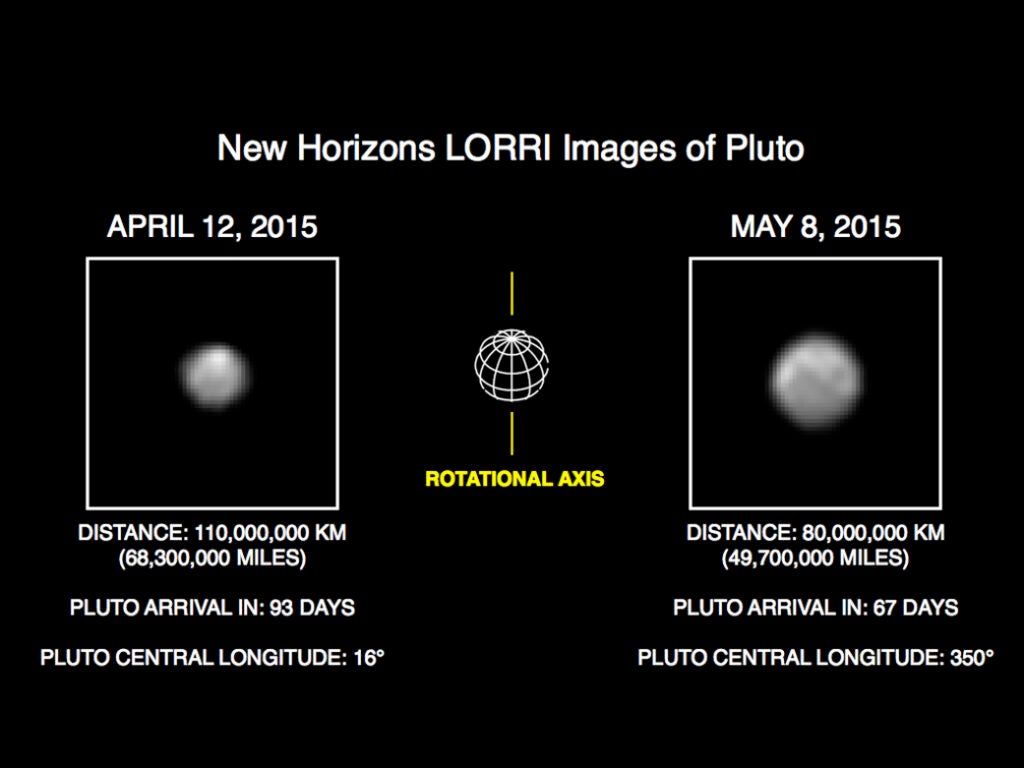 New Horizons photos from earlier this year indicated that Pluto might have ice caps, but it wasn’t until today that scientists confirmed they were there.

For one, data from New Horizons confirmed that Pluto does indeed have a polar ice cap—something scientists only speculated about before. The ice cap is thought to be made from frozen methane and/or nitrogen.

Second, Pluto is a little bit bigger than expected. Until New Horizons showed up on the scene, we could only ever see Pluto as a tiny spec of light shining very far away, and because the dwarf planet has an atmosphere, measurements of its diameter have been a little fuzzy. Scientists previously estimated that its diameter was between 1430 and 1490 miles, the New Horizons team has now calculated that the dwarf planet is near the higher end of the spectrum, at about 1473 miles. The slight size increase means that Pluto’s atmosphere must be shallower than expected, and it means that scientists have to refine their models of Plutos icy and rocky interior.

The third finding is somewhat mysterious. It turns out New Horizons started detecting ionized nitrogen streaming off of Pluto five days ago, from a distance of a bout 3.5 million miles out. That’s twice as far as expected, and indicates that Pluto’s thin atmosphere may be escaping the planet faster than expected.