Musk: Trickery ‘The Only Option’ For Engineers In VW Scandal 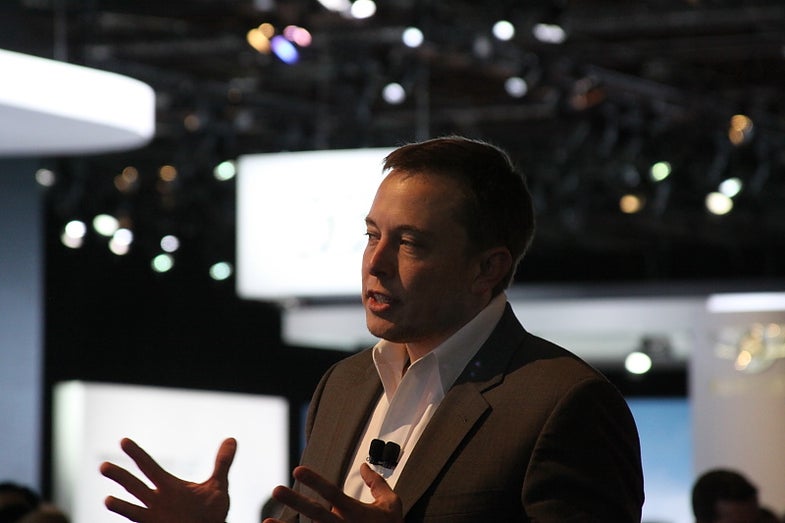 Although internal combustion engines are for the most part getting a little more efficient with every new model year, there’s no avoiding a cold fact: that whether they’re gasoline or diesel—or even the groundbreaking design under the hood of the 2016 Prius—they’re highly inefficient next to battery-electric vehicles.

That’s part of why Tesla Motors CEO Elon Musk argues that electric cars are the future, while any improvements to internal combustion engines will be smaller. “There must have been lots of VW engineers under pressure—they’ve run into a physical wall of what might be possible so trickery was the only option,” speculated Musk, in an interview with the UK publication Auto Express.

That doesn’t, of course, excuse any bad behaviors—either of the engineers behind the so-called “defeat device,” or perhaps more importantly, of the executives who might have required, encouraged, or enabled it.

The comments followed Musk’s response to what he would do if he were running Volkswagen—now in turmoil over scandal in which it admitted to cheating in its emissions compliance.

“Any car company that doesn’t go electric will go out of business,” said Musk, essentially echoing what he’s said to other reporters in the past. “If I was taking over VW, I’d go the other way and aim to be a leader [in clean vehicles].”

Musk is increasingly up against another kind of wall—one of costs. Even with the upcoming battery Gigafactory, Tesla needs the economics of scale that major automakers open up. Especially in order to bring component and battery-related costs down for profitability and an upcoming lower-cost model, the ‘Model 3,’ the more the merrier.