Professional Drivers Race Around A Volcano In Virtual Reality

Because driving with a VR helmet on is a great idea 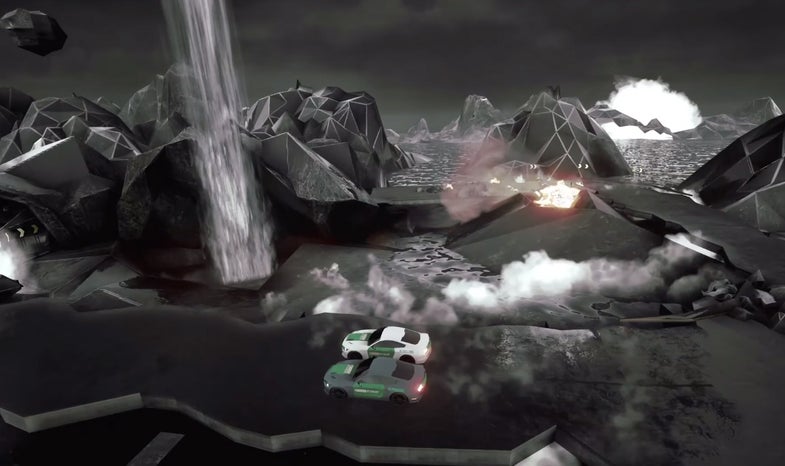 Racing cars through a smoky volcanic hellscape is probably the coolest way to show off a brand of premium motor oil, but the world is bizarrely lacking in race tracks built at the tops of volcanoes. Castrol Edge, a motor oil brand, instead decided to test this out by taking two professional racecar drivers, putting them each behind the wheel of a car, and then putting virtual reality helmets on their heads while they drove around a real-life track.

Stunt driver Ben Collins and pro racer Matt Powers drove their cars on two separate racetracks in California. The layouts of the racetracks were identical–oblong shapes of flat, bland asphalt. But in their VR headsets, the landscape was transformed into a largely gray-scale world of crashing boulders, rubble, and steaming vents, and the drivers raced simultaneously. It’s the most intense game of Mario Kart ever.

Watch the full video, full of thrilling cuts to transparent images of motor oil, below: