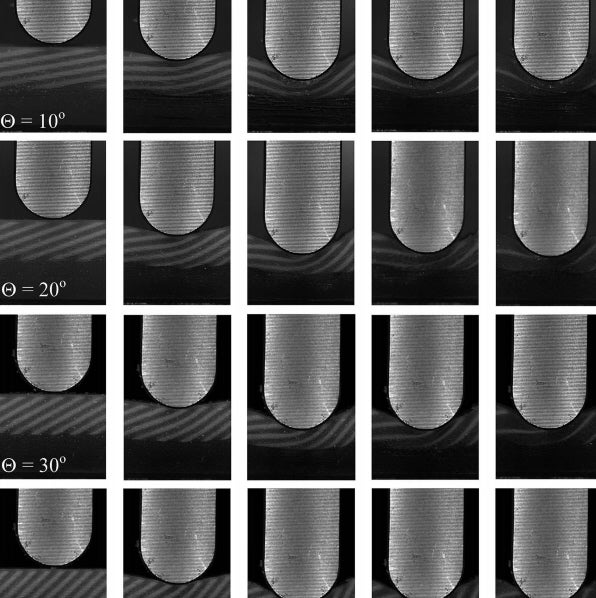 Body armor suffers from a core tension: it must be light enough so the soldier wearing it can still fight effectively, but strong enough to actually stop bullets and shrapnel. Durable, shock-absorbing Kevlar is the current standard, but it can definitely be improved upon. What if, instead of making the armor itself a liquid, researchers borrow an armor design from creatures that move through it? A team at MIT, led by mechanical engineer Stephan Rudykh, designed a flexible armor inspired by fish scales.

Scale armor is almost as old as armor itself, with numerous examples found in ancient art from Rome to China. To improve on an ancient concept, the MIT team came up with a single metric for the armor’s value: protecto-flexibility (Ψ). This is “a new metric which captures the contrasting combination of protection and flexibility, taken as the ratio between the normalized indentation and normalized bending stiffness.” Working from a single metric, the researchers were able to greatly increase the strength of the armor while only modestly reducing its flexibility.

The practical implications of the study are hinted at by who funded it: the research “was supported by the U.S. Army Research Office through the MIT Institute for Soldier Nanotechnologies.” In the future, soldiers could have fish-scale suits of armor that are more flexible around joints and sturdier across the rest of the body, adding greater protection where none was before without diminishing any of the value of previous armor.

This armor is still in the early testing stages. “Flexibility and protection by design: imbricated hybrid microstructures of bio-inspired armor” only covers indentation tests, designed to see just how far the scales would bend when forced to. Next stages include trying the armor against bullets and shrapnel. If successful, the future of armor could look a heck of a lot like the past.