How much can the public tolerate?

Ever since Chuck Yeager blew through the sound barrier in his X-1 in 1947, residents living near testing ranges have been bombarded by sonic booms. The thunderous booms rattle windows and scare pets, and are one of the reasons the Concorde never flew across the continental U.S. In “Whooshhh!” a story that appeared in our July 2004 issue, writer Bill Sweetman described a recent experiment with a modified F-5 fighter jet suggesting that with careful engineering tweaks, the sonic boom intensity can be reduced to tolerable levels.

But what are “tolerable levels?” At a meeting held in November 2003 by the Federal Aviation Administration’s Office of Environment and Energy, government and industry groups discussed the latest boom-reducing technologies and designs. Among the offerings was a NASA presentation called “Human Response to Sonic Booms,” which highlighted the science and the sociology behind the public’s acceptance of noise. To gauge tolerance levels, researchers performed a variety of tests, including having subjects sit inside a sonic boom simulator–a cozy audio-modified “shed.” But these physiological measurements are only part of the story. NASA officials say that people’s attitudes toward the source of the noise play a big role in how willing they are to put up with it. For example, people are less likely to accept a sonic boom if they are concerned about its impact on wildlife, if they have negative attitudes toward the military, or if they live in a rural area where the noise would be more pronounced. Until low-sonic-boom aircraft move beyond the development stage, making it possible for tests to be conducted in the real world, public tolerance of the boom will remain an open question.

Links to all of the meeting’s talks can be found here. 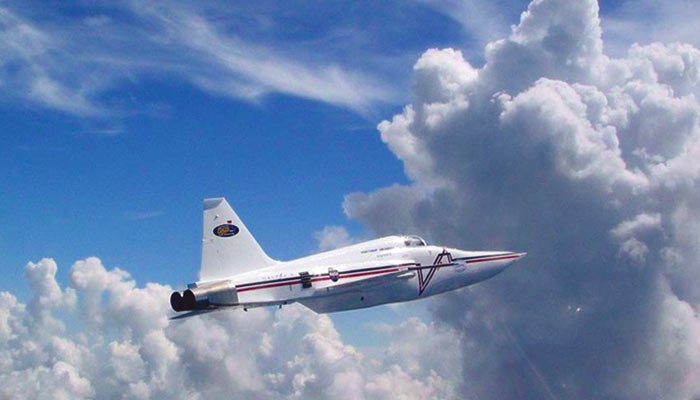 It Ain’t Pretty, But it Worked

Designers of the modified F-5E weren’t trying to eliminate the sonic boom, but prove that aircraft shaping can lessen this signature of supersonic flight. 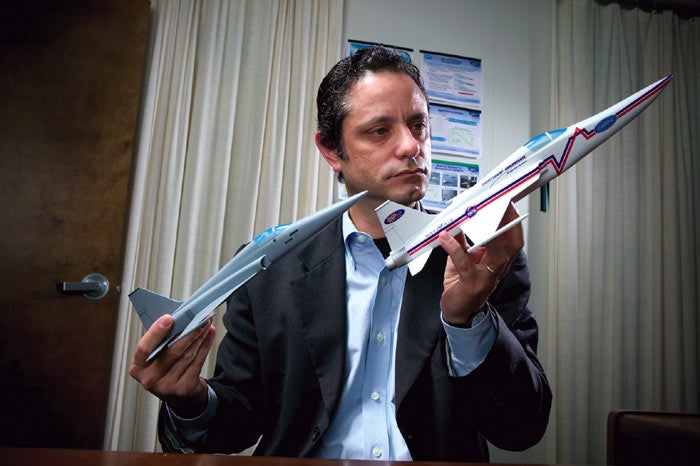