First Vaccine Developed in Space is Headed for Human Trials 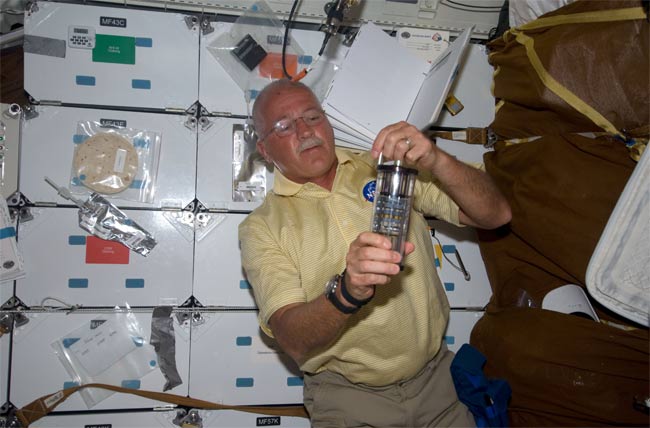 A company called Astrogenetix has started the approval process for putting their salmonella vaccine through the clinical trial wringer. The outfit, based in Austin, Texas developed its vaccine through research carried out on NASA’s space shuttle missions.

Scientists have long known that bacteria and viruses grow more rapidly and virulently in space. Astrogenetix took advantage of that fast-growing, super-active state to home in on the salmonella genes responsible for infectiousness, and then removed said genes to create a weak vaccine strain.

“We don’t fully understand why these bugs show increased virulence,” said Astrogenetix CEO John Porter in a SPACE.com interview. “But when you see increased virulence it helps you to target potential therapeutic candidates at a particular disease.”

The company hopes for its vaccine to enter human clinical trials next year, and plans to continue more experiments on the remaining space shuttle missions and the International Space Station. Next up in its sights: deadly MRSA bacteria that plague hospitals and have grown resistant to antibiotics.