Launch Your Own Personal Satellite

Ever wanted to launch your own satellite into low earth orbit, then track it on ham radio for a few... 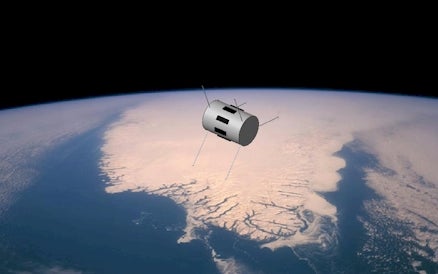 Ever wanted to launch your own satellite into low earth orbit, then track it on ham radio for a few weeks before it burns up on re-entry? Well, 52 years after the launch of Sputnik, you can. Interorbital Systems is offering YOU the chance (by the end of 2010) to send up a TubeSat Personal Satellite Kit for the low introductory price of just $8,000.

The TubeSat kit is packed with batteries and solar panels and transmitters and antennas and a bevy of other tools, to help you run experiments in space on your own. The company even suggests what sorts of experiments you could run, from biological experiments to email hosting to some sort of “on-orbit advertising.” You can even order your TubeSats in double, triple, and quadruple sizes for any extra space-advertising needs you might have.

The satellites are released into orbit from the payload of a Neptune 30 rocket, which is launched from Tonga and can hold up to 32 TubeSats. Each satellite will be time-released separately so they don’t bunch up in space.

What would you do with your personal satellite?