After three years just as many failed launches, and a couple of lost satellites, private rocket company SpaceX successfully delivered its first payload into orbit yesterday using their Falcon 1 rocket.

The rocket launched from Kwajalein Atoll in the Marshall Islands, and reached space after a ten minute flight. The payload consisted of a Malaysian satellite named RazakSAT, which will take high resolution pictures of Malaysia (think Google Earth).

This launch is a landmark for privately funded space flight. Last year, SpaceX won a contract to supply the International Space Station after the shuttle retires, and this launch stands as the first physical proof that SpaceX can get the job done.

To further develop their space delivery capability, SpaceX plans to follow this launch up later in the year with a launch of their larger rocket, Falcon 9.

As the above video shows, the launch went off without a hitch, and as the below photo shows, SpaceX mission control was pretty damn happy about it. 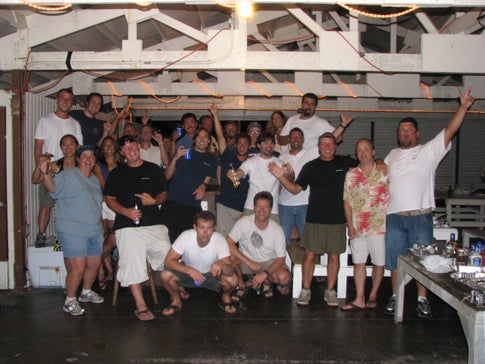