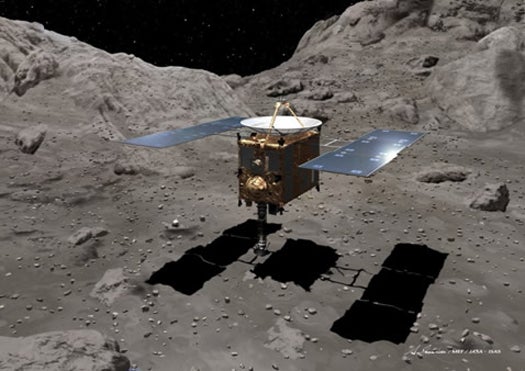 Some people may think locking some volunteers in a tin can for a couple of months is enough preparation for a flight to Mars, but the NASA panel reviewing the agency’s manned space program envisions a more ambitious set of training wheels: docking with asteroids and a flyby of Venus.

In preparation for an August 31 report to the President on the future of NASA’s human space flight program, the Review of U.S. Human Space Flight Plans Committee has recommended manned missions to asteroids and a manned mission to Venus to test out the equipment, training, and infrastructure needed to land on the red planet.

Committee member Edward Crawley, professor of Aeronautics and Astronautics at MIT, identified local asteroids and Venus as intermediary steps during a public meeting yesterday. Crawley said that traveling to either of those destination would require NASA to develop solutions to the problems of flying in deep space, such a exposure to cosmic radiation, but would give the agency more leeway in time and cost than a program that started with a trip to Mars itself.

During the same meeting, Crawley also proposed a manned mission to Mars’ moon Phobos, the deployment of deep space refueling depots, and the possibility of testing Mars exploration equipment on our moon. However, at no point during the meeting did any committee member comment on the cost of this alternative plan.

It is important to keep in mind that any of these recommendations are part of a suite of options that the Committee will present to the President. That means it might be a while longer before we know for sure whether the U.S. is going straight back to Mars, or if we’re going to make some pit stops along the way.